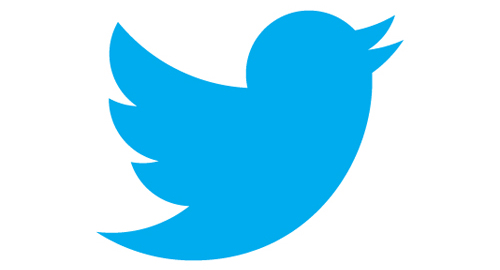 But it’s not quite as simple as just logging on, typing up a short message about what breakfast cereal you’re having and then finding instant micro-blogging success. Nope! Gathering followers takes patience and a little imagination with those ‘Tweets’. However, there are plenty of hints and tips blog posts around for those looking for a little advice on getting people following them. I’m going to take a slightly different angle with this post and aim it at those who are feeling a little ‘social media suicidal’ and want to get rid of all their followers!

Yes, here’s exactly how to lose your followers in 5 easy steps!

Spam them to the high Heavens with automated direct messages!

Oh yes, nothing says ‘I’m the most annoying person you’ll ever follow,’ like repeatedly sending automated direct messages. By all means send a quick introductory one. But one a day? Or two a day? Or even more? That’s a sure fire way to make them hit the ‘unfollow’ button quickly. If you want to make this even more effective, use a dodgy automated message system that sends exactly the same message out several times!

Tweet every single second for 9 hours straight with pointless nonsense

Twitter is great for pointless nonsense. We’re all guilty of indulging in it. But if you Tweet so much that all your followers can see when they logon is a screen full of your links or observations on breakfast cereals, they’ll probably bore of it soon. Want to lose your followers? Tweet over and over again on completely uninteresting information.

I don’t de-follow for self-promotion. But I do for continual non-stop ‘me, me, me.’ Tell your followers about your new site, great. But honestly, they probably won’t want to hear about every single thing you do and how incredibly, unbelievably amazing you and your website are seventeen times a day. They got the message the first time you told them and by the seventeenth time they’re about to nu-follow you. Great tactic if you want rid of your followers!

Continual promotion of your buddies

By all means, if you want to keep your followers, make mention of new sites by a friend of yours or some exciting venture a family member is entering into. But if you want to lose those followers, promote absolutely everything that your next door neighbour’s sister’s friend’s boyfriend’s cousin is doing just because you quite fancy her. Basically, a whole list of ‘advertisements’ about random people that your followers have never heard of nor care to hear of is probably going to make yuo a really successful follower-loser.

Why do people follow you? What do they get out of it? Ok, so for some it might be a follow in the hope of you following them back. But for many, they’re following you because you add a level of value. Perhaps you’re a great source of up to date information on a niche they are interested in. Maybe you make them laugh. Want to lose those followers? Simply stop adding whatever value it was they followed you for to their Twitter!

And there you have it. 5 ways to lose your followers! Alternatively, if you’d rather not lose them, just ask yourself a couple simple questions before you Tweet.

Now, you’ll have to excuse me. I need to go tell the world what I’m having for breakfast…