Depending on your time zone, keeping up with all of the matches from the World Cup can be a daunting task.

Several companies have taken notice of this task and have come up with a series of good solutions for how to stay on top of games from the World Cup 2010.

Let’s take a look at the latest efforts from Microsoft, Yahoo! and Google.

I have selected these 3 companies because they are very good examples of the current trend of moving away past from Seth Godin’s permission marketing, and providing not only non-intrusive marketing but also ‘marketing with meaning’ and marketing that makes a repetitive user’s task easier.

Microsoft’s Bing Maps has a a Silverlight interface, its own version of Google Map’s Street View (called Street Side), Photosynth and Twitter integration–it even has an app store. Earlier this April 2010, Bing partnered with the Coachella music festival and FunnyOrDie to o interact with concertgoers and music fans throughout the three-day music event in Indigo, California. Bing Twitter Maps utilized the Twitter geolocation API to visualize the tweets that the @FunnyOrDie account sent back and forth with its followers, into Bing Maps.

Now, Bing Maps offers the Bing Home Turf Finder map app, which allows you to find restaurants and bars as dedicated to following World Cup action as you are, and loaded with enough flatscreens that you’ll never miss a single moment of hot football action. 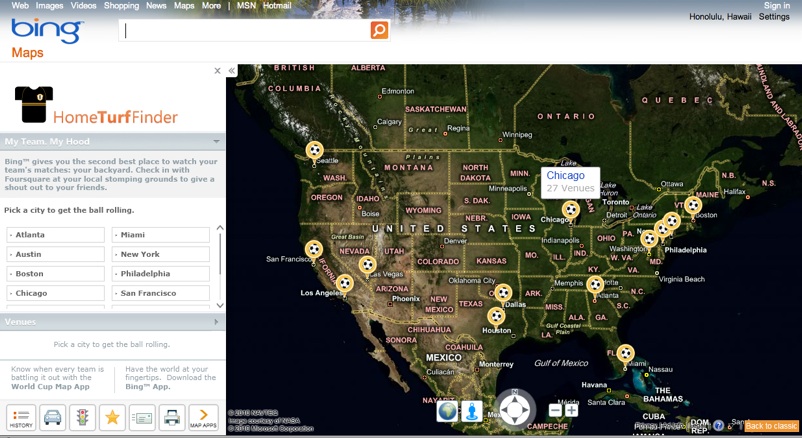 Not only does the map app list venue locations with country affiliations, it also leverages the Foursquare API to display current check-ins and tips. Check it out at HomeTurfFinder.com.

Yahoo!’ Toolbar with Coverage of the World Cup 2010 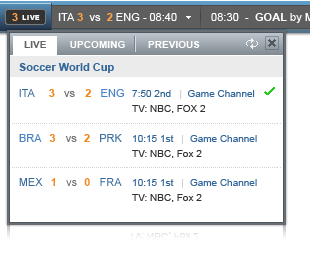 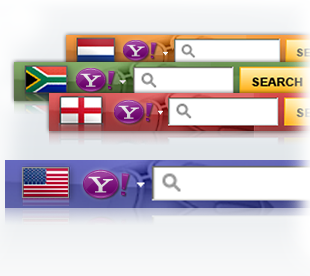 The Yahoo! Toolbar is one of the best ways that you can stay on top of games while at work because it will provide you with with real-time scores, schedules, and news at your fingertips. On top of that every day Yahoo! is giving away a jersey of your favorite teams to people who download this toolbar. After downloading the Toolbar, you will automatically enter the “2010 Team Jersey Sweepstakes“ for a chance to win a jersey from your favorite team in their daily giveaway. Also, 5 lucky winners will win a jersey signed by the international football star David Beckham!

Google has released several doodles that are related to the World Cup 2010. Here is just a small sample.

Just a quick search of World Cup related keywords will reveal the latest scores and upcoming matches, as well as direct links to the FIFA.com website, including the schedule and standings at the same website.

The examples above of the Microsoft, Yahoo! and Google aim to provide a non-intrusive service to football fans. These companies are applying the term ‘marketing with meaning’, which is described in the book The Next Evolution of Marketing by Bog Gilbreath. By connecting with theirs users with a value offering that truly improves their lives, the se companies aim to bring both entertainment and information to a common task that your users do repeatedly throughout the day. This creates some serious goodwill towards the company without interrupting the user experience.