Great news, I’ve got a hold of 8 beta keys at a coffee shop here in Hawaii for Dragon Age Legends,  a soon-to-be released Facebook game developed by EA and Bioware. 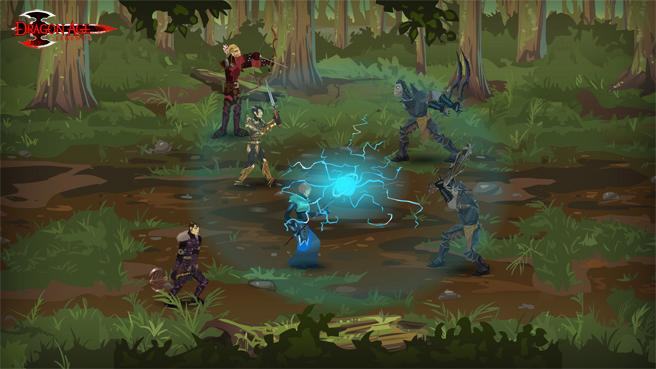 Legends can be played solo, but it is infinitely better with friends.  On one hand, you will compete to create the best hero with the coolest castle and most powerful loot.  On the other, you will cooperate by pulling their heroes into every battle.  When you use your friends’ heroes, you are rewarded by being able to easily destroy darkspawn and demons.  Your friends are rewarded by earning earn gold for every battle you use them in.  Legends has many social interactions, but using your friends to defeat monsters is key.

Here’s How to Get Your Beta Key

I have 8 Dragon Age Legend beta key codes to give away.

But that’s not it.

Each code is printed on these really cool postcards that would make a great collectible for any fan of the Dragon Age series. Each winner of a code has the option to receive the postcard over the mail (anywhere in the world). Whether or not you choose to have the postcard mailed to you, I will DM your code so you can get playing right away.

What do you need to do? Just click on the tweet button below AND follow me at @idaconcpts. That’s it! You’re automatically entered into the draw for one of the beta keys.

The more you tweet, the higher your chances to win, but you can only win one beta key code.

Remember to follow @idaconcpts so I can DM your code.

Good luck and get tweeting!