When talking about Charlie Sheen, you’re bound to have some supporters and some critics, but you will definitely not find somebody who is not quick to provide an opinion.  Between his”tiger blood”, “winning”, his “warlock brain” has uttered so many quotable catch-phrases that is hard to avoid his presence anywhere in the media. From Entertainment Weekly to TMZ.com to Twitter, everybody just can’t get enough of Charlie Sheen. 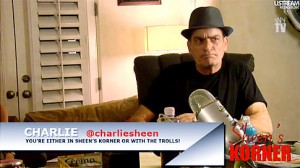 While I don’t support his behavior, you can definitely take 3 important lessons from his social media strategy.

Lesson 1: Give to people what they want.

Joanna Weiss from Boston.com summarizes this point perfectly in Sheen gives us just what we want:

…he has also demonstrated a certain savvy — the mark of a seasoned performer who, even in an altered state, knows precisely what the public wants. A big chunk of the TV landscape is built around gawking at the defeated and delusional, whether it’s the bad singers who audition for “American Idol,’’ the people who admit to hoarding handbags and cats, the women who demean themselves on VH1 dating shows. It’s a kind of social contract: We get to think we’re better than them because we’re “normal,’’ and they get to think they’re better than us because they’re on TV.

Charlie is doing reality TV at its best. Is he that different from those teen moms appearing in MTV’s Teen Mom (now in its second season!)?

Takeaway: Give people what they want. Yes, it needs to be repeated.

Lesson 2: Keep it short and sweet.

I have stressed this point over and over in my articles about email marketing.

Charlie had a good plan: Get on Twitter. Give people what they want in short and strong outbursts. Amass a great amount of followers.

His tweets launched a series of websites hawking everything from dictionaries to T-shirts to cartoons.

Things were going great until he went into Ustream with his Sheen’s Korner. It went on for about 1 hour.As many as 113,251 people tuned into the Ustream program, but this time the social counter worked against him. Thanks to Ustream’s viewer display count, you could see people getting sick of Sheen in real time.

In his second video “Torpedoes of Truth”, he gets proper advice: keep it short.

Takeaway: Keep things short and sweet. Don’t dwell on things too much or as Roxette once sang: “Don’t bore us, get us to chorus!”.

While Charlie may know how to give people what they want. His “bunch of misfits” don’t. 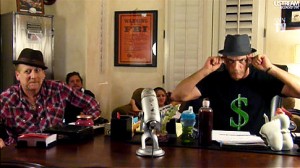 Charlie needs to find a better supporting act that allows him to deliver stronger and better-timed punchlines. Sheen portrayed in his show the perfect example of what happens when you invest peanuts, you only get Dumbo to show up.

Charlie was able to achieve the Guiness record of achieving 1 million Twitter followers in 25 hours and 17 minutes BECAUSE he hired the services of a professional. Internet startup Ad.ly brokered his account with Twitter. Ad.ly, which runs celebrity endorsements through Facebook and Twitter, represents a range of bold-faced names on social media, including Kim Kardashian, Snoop Dogg, Paris Hilton and — though there isn’t any deal in place yet — most likely Charlie Sheen eventually.

Takeaway: Allocate a serious budget to your social media campaign. If you’re in the business of selling shoes and don’t know a thing about social media, hire a professional in the field so you can focus on your core business. 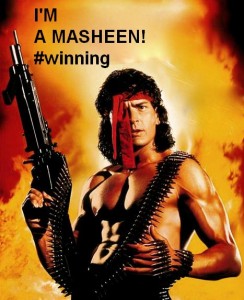 The key to winning in social media is to give people what they want, keep it short and sweet, and invest in talent.

One thought on “3 Social Media Lessons from Charlie Sheen”