According to some estimates, Netflix Watch Instantly video streaming accounts for as much as 30 percent of total Internet traffic at peak hours of any given day. Even at 22 percent, Netflix’s traffic is more than any other single source, but number two on the list is BitTorrent at 21 percent, a strong indication that illegal file sharing is not going away anytime soon.

The hope of many who want to rid the world of peer-to-peer (P2P) file sharing in all its forms is that online video streaming services will make it unnecessary. After all, Netflix offers a ton of movies and TV shows for as little as $8 a month, far less than a cable subscription. But to truly cut the cable cord, you would need to add a Hulu subscription or also rent shows and movies from Amazon or iTunes. Add all of it up, and you will be paying quite a bit to watch all of the content you want.

But cost is just one of the reasons illegal file sharing is here to stay. Here are four others:

Even with all the subscriptions and rentals you can afford, you would still not be able to see everything, since many shows and movies simply are not available online or disappear after a short time. If you are six weeks behind on episodes of Gossip Girl, the CW has already removed early versions from its site, meaning the only way to get it is to purchase shows individually, which again brings up the high cost of Internet streaming. The alternative is to find it a torrent site for free. Furthermore, some shows like 30 Rock are available on Hulu Plus, but Community (from the same network) is not. Other shows are available only on the website and not on other devices, such as TVs or Phones.

If you happen to live in Canada, the UK, or any other country outside the U.S., you likely do not even have access to American shows. The reverse is also true. That means Americans who want to watch current episodes of Doctor Who still need a torrent app handy. 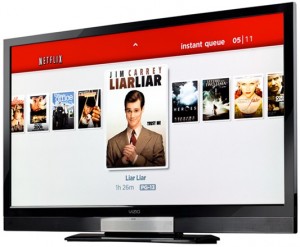 In addition to the money it costs to pay for streaming service, you also need a computer or other device powerful enough to play the video and a decent Internet connection. This is especially true of TV network sites that require Flash player. On the other hand, with movies and shows you download through BitTorrent, even older devices will play them just fine.

To make things even more complicated, many shows and movies are on delayed release schedules for online streaming. Most TV shows are not available on Netflix until well after their DVD release (a full year after the season). Those that are available during the same season have 15 to 90 day delays. Movies also have similar delays. On Hulu show episodes from USA Network are available a full 30 days after they air on TV, and that is even for paying Hulu Plus customers who still have to watch commercials.

All of these issues are problems that movie studios and TV networks could easily fix by lifting the senseless restrictions they impose on streaming services like Netflix, Amazon Video On Demand, Hulu, and iTunes. As long as they make it unnecessarily difficult to view content in a timely fashion, they will continue to lose viewers to illegal file sharing sites, which offer instant access.

Another obstacle to the emerging Internet streaming movement will be the Internet service providers (ISP) who also happen to be the TV/cable companies. These companies have a vested interest in seeing Netflix and companies like it fail. After all, they are happy to charge 60, 70, or even 100 dollars a month for cable subscriptions, force-feeding users with channels they do not even watch, while Netflix can charge a low monthly fee for only streaming the content people want. It is, therefore, not surprising that Comcast and AT&T have instituted bandwidth caps to limit monthly Internet streaming, not P2P file sharing.

As Netflix and similar services continue to occupy larger portions of Internet traffic, both movie studios and Internet service providers will be forced to reevaluate their approach to the phenomenon. Until then, file sharing sites will continue to flourish.

Tavis J. Hampton is a tech writer and IT consultant. He worked as a server administrator for several years and trusts the reliability of Manchester dedicated hosting company 34SP.com.