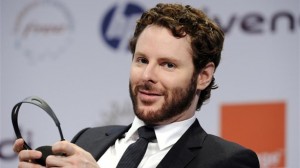 “What’s the chance you think that 3 or 5 years from now Google+ really takes share from Facebook? Under what circumstances would that happen?”

It’s very tough to compete with network effects. I think that the way network effects work in a social networking context… in order to get the same value from a Facebook-like service, you’d first have to switch all your friends and you’d have to ensure that they actually switched but then each of those people would have to switch their friends because networks are all about interacting with your friends. If all of their friends didn’t also switch, your friends would drift back to the original service and likewise for the friends of the friends of the friends. So you have this exponential switching cost when the network is at scale. So I think it can happen. Obviously, it happened from MySpace to Facebook, but it requires systematic, consistent product execution over a long period of time and I think it also requires the systematic failure on the part of the incumbent network. So Facebook would have to screw up royally and Google would have to do something really smart.

By the way, he has some mean playlists on Spotify, find them here.