Make the most of a short transfer or a long layover with these handy airport apps. They empower you to avoid the many pitfalls that overtook many a traveler back in the days when a tourist book and some maps was the best that you could hope for as far as trying to figure out where the heck you are in the airport was concerned. If a little knowledge is a dangerous thing than let the world be put on notice because with this list of airport apps for the iPhone your knowledge and prescience just grew astronomically.

Gate Guru has set the bar very high when they promise (in so many words) that you will enjoy your airport experience when you take advantage of their app. This may be the first recorded use of the words enjoy and airport in the same sentence. When most people think of the word airport, enjoy probably isn’t the first word that enters their minds. If any app can deliver on that enjoyable time it is Gate Guru. By providing you with a heads up on security and the location of amenities within the major airports, the app will save you innumerable headaches and hassles. 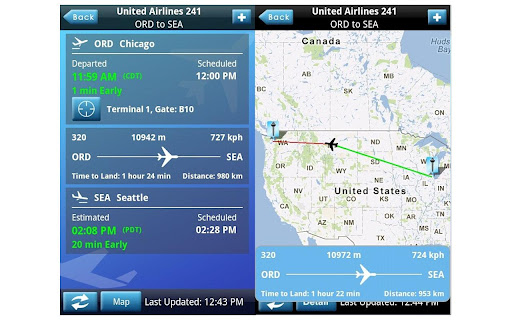 iFly Pro Airport Guide offers the largest selection of airports reviewed. Some of its features are even available off line so that you can get the ball rolling on your itinerary while still airborne. It has terminal maps that work with GPS so now you can be hyper aware of just where you stand in the heady world of modern flight. It informs you as to the availability of Wi-Fi, parking, eats and most any services that you may desire in the vicinity of your flight gate.

FlightBoard is an amazingly powerful tool for anyone interested in the comings and goings of aircraft throughout the many airports of the world. Your smart phone is transformed into the flight information boards of any of thousands of airports. No more waiting on hold for the flight data that you need to plan your schedule around. If your spouse is stuck in the snow in Ohio then there is no sense waiting up all night for a flight that won’t be in until the next day. Have a nice cup of chamomile and regroup for the morrow. 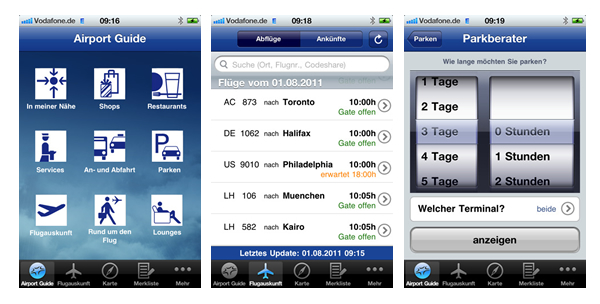 Frankfurt’s FRA airport app is the go to app for your trip to Frankfurt. Food, shopping and other services are laid out right on your screen. It will save you several miles of walking around in circles trying to board your flight. You’ll always know exactly where to grab that quick cup of coffee. The app allows your pertinent data, such as parking location, flight information, gates and more to be recorded on your Android device to speed your journey to its destination without all of the stress of wondering just where everything is.

Amsterdam’s Schiphol airport app takes the mystery out of traveling to this exotic locale. When you are privy to the important and useful information it places into your hands you are empowered in your European adventures like never before. With its incorporated alerts you are immediately aware of any pertinent changes as to your flight’s status. Public transit is detailed so that you can go green and leave the machine. Since this is the official app of Schiphol you can rest easy knowing that the integrity of your data is assured.