Talking Rex the Dinosaur is a pet for all ages. After all, man is not as far removed from his caveman roots as he might care to believe. If you need proof simply open up your morning paper or the electronic equivalent thereof. The news is full of many Neanderthal acts committed by our modern Cro-Magnon to the present Homo sapiens. 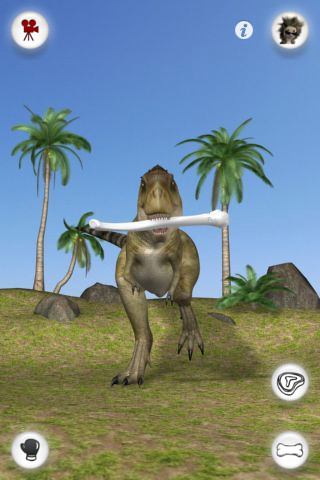 Talking Rex can restate whatever your utterance may be, and is therefore highly recommended for those that may like to hear themselves speak. You can feed Talking Rex a steak and interact with him in other meaningful ways.

Talking Pierre the Parrot is a tough little bird. So it is no big deal to him when his roommate, Talking Tomcat tries to ruffle his feathers a bit. 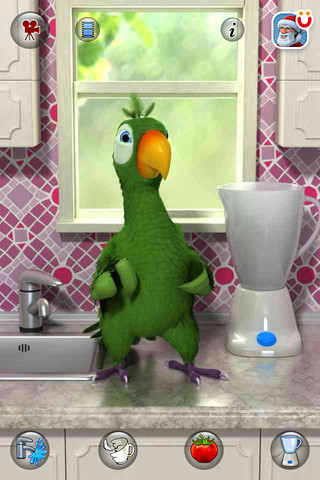 Like any other normal parrot, Pierre will learn what you speak over time so be careful and be prepared for hilarity when your words come back to haunt you in the form of some witty repartee. It’s a parrot’s life as Pierre dances away from the tomatoes that may come his way. The wily bird, not without his defenses, is capable of taking care of himself. So watch out for that errant teacup. 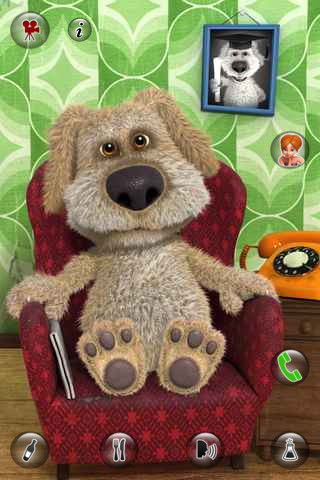 Talking Ben the Dog will provide hours of companionship and amusement as he fills your iPhone with furry k-9 vibes. Ben is no spring chicken though, he is comfortably retired. He enjoys conversing on the telephone but I don’t think that it will impact your cell phone minutes so give him a ring and shoot the breeze. He’s a very smart dog and to prove it he has his own chemistry lab where you may join him in his experiments. By combining test tubes therein you may rediscover that every action does indeed have an equal an opposing reaction. 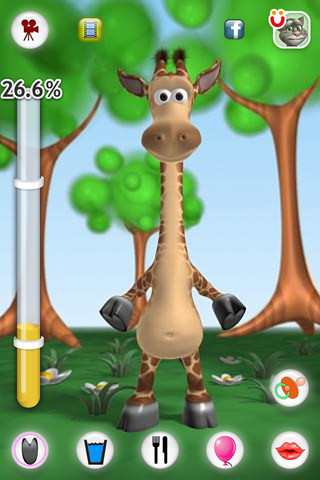 Talking Gina the Giraffe will keep you company during a stay over at the airport or when stuck in line at the grocery store. She’s bubbly and loaded with personality. One thing Gina takes seriously is Patty Cake. The app is available in four different languages. If the pet aisle of that supermarket is any indication, there are some pet owners that may want to spoil their pet, corporeal or electronic. The app creators have their wishes in mind with scrumptious in-app purchases offered to spoil your Giraffe rotten with strawberries, lemonade, and ice cream.