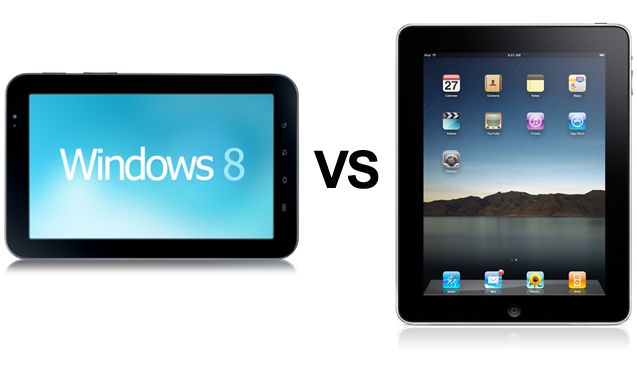 Apple has just unveiled its third generation iPad, called the new iPad. Indeed, the new iPad is a big game-changer with a whopping 2048 x 1536 Retina Display, A5X processor and other incredible features. No one will be doubtful of the fact that Apple can sell tens of millions of new iPad units even before any Microsoft OEM starts assembling its first Windows 8 tablet. As per reports, Microsoft has tied up with a number of OEMs including the Asian giants like Asus, Huawei, ZTE and Acer. Even if, Nokia, Microsoft’s official partner will evidently come up with the first Windows 8 tablet. 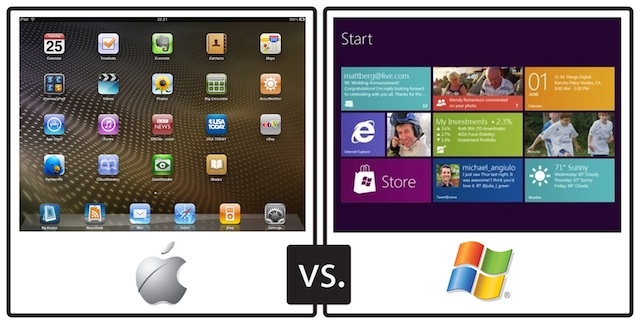 As noted above, the new iPad may have advantages like early availability, record breaking screen resolution and the market supremacy. But Windows 8 is to come with some path-breaking bonuses that include enterprise friendly apps, a new and game-changing user interface, Android-esque hardware distribution, variety of tablets under different price tags and screen sizes and others. Best of all, most Windows PC users in the world (of course, they are in majority) will accept Windows 8 tablets with a feel of domesticity.

Microsoft’s Windows 8, the first unified version of the operating system, is all set for official release. The Redmond software giant will likely unveil it anytime late this year. Microsoft has been creating huge hype over its upcoming Windows 8 for a while. Recently, the company previewed and launched Windows 8’s developer version. So, who will be Windows 8’s competitor in the Apple side? Definitely, it will be iOS 6.

As per Apple’s habit, we will be introduced of the next version of iOS at the company’s forthcoming Worldwide Developers Conference in June. The iOS 5’s successor needs to be armed up with enough features to fight Windows 8, which highlights its business friendly features. To beat Windows 8 in this regard will certainly be an intricate job for Apple, though. Because, Windows 8’s special apps like MS Office, Internet Explorer 10, OneNote and Windows To Go are invincible in business use.

Everyone will be aware of App Store’s predominance in the count and quality of apps for iOS devices. As of February 2012, App Store listed more than 725,700 apps and 25 billion apps were already downloaded by users. Anyway, Microsoft is to launch Windows 8 and Windows 8 tablets with a cutting-edge Windows Store. So as to promptly gain ground in market with enough apps, Microsoft has even allowed third party open source developers to post apps on Windows Store. Microsoft’s Windows President Steven Sinofsky announced Windows Store for the first time at the BUILD developer conference in September 2011. In February 2012, the company previewed Windows 8 Store with a great layout and high security potentials. 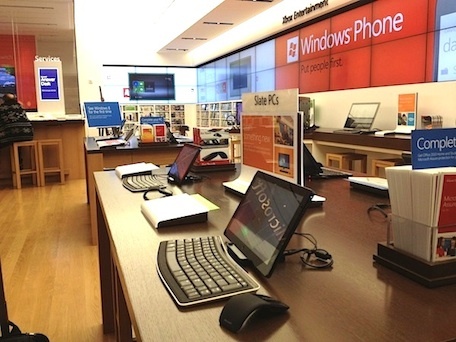 Indeed, the tablet fight between Apple and Microsoft is yet to set off. Now it is only a word war; it will begin on the day we will get the first Windows 8 tablet PC. Of course, an Apple Vs Microsoft battle will have a clear impact in global tablet market, which is currently ruled by Apple iPad with callous market share. Microsoft, which has decided to foray into the tablet market to fight both Google and Apple, will mainly focus on Apple, simply because it is the current market leader and is more fragile to take horn with than Google.

About the author: Claudia is a blogger by profession. She loves writing on luxury and technology. She recently read an article on iPad docking stations that attracted her attention. These days she is busy in writing an article on New iPad.