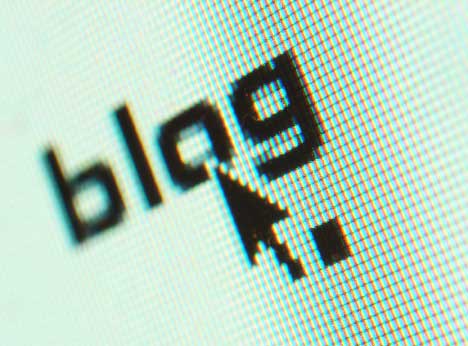 Editorial in-content links, the most valuable kind of links today, are impossible to get without contacting people; even if you have a few friends among influential bloggers in your niche that you can ask for a favor to guest post on their blog or just to insert an anchor text link to the existing post, eventually you will run out of them, and new backlinks will be waiting to be made. When it’s time to reach out to the people you don’t know and ask them for a link, are you confident that you’re able to do it right?

Or if you’re paying a SEO company to acquire links for your website, do you know how they are doing it?

In October 2011 a post has been published about an awkward email in which the owner of a famous blog was asked to insert a link to an existing post on his blog using the precise keywords (already in place in text) as the anchor text. There’s generally nothing wrong with this kind of requests, but what made this one awkward and resulted with really bad PR for the sender, were 1) the fact that the page that blogger was asked to link to had nothing to do with his post, and 2) the absolute ignorance of one of basic rules when you’re asking someone for a favor: apparently, they forgot to say “please”.

It turned out that the blogger was the famous “analytics evangelist” who wasn’t happy about the tone of the email, so he decided to share it in full with his circle of virtual friends – creating a lot of buzz around it, as you may guess. The sender, an intern in a linkbuilding company trying to get links for a very famous client, probably didn’t know better: it was obviously a templated email sent to websites containing the desired keyword phrase, and he didn’t investigate further. And to make things funnier, there already was a link to the website in question in that post.

This one is recent. It all started in May 2012 with another disappointed blog owner’s post about the email in which he was offered money to put a link on his blog. He started to investigate the companies involved, he even contacted one of them to clarify things (he presumed that the owners of the website he was supposed to link to weren’t aware of the fact that their SEO company was paying for links). Long story short (and it was a long story), the company who was trying to purchase links was de-indexed by Google (manually) and they ended up throwing the towel. It was all done in only 8 days.

Acquiring links is a tedious job, and contacting other webmasters in order to ask them for links is a good practice that should never be put in question. However, as with any communication, there are rules to it, and you better be aware of them or you’re running the risk of being made fun of in public, or worse – losing an important client or endangering your company.

In both examples mentioned here the parties asking for links neglected to perform even basic research on their link prospect, which resulted in disastrous PR, and in second case they even earned penalty from Google. While the first one was an entirely white hat request, the story would have probably stayed unknown if the sender had paid more attention to crafting the email in a more polite tone.

Another thing very wrong with the first email was the disclosure of the client – it’s never to be done in the initial email, no matter how anxious you are to get that link.

The second is more of a reminder that offering to pay for a link isn’t a good practice and that it can cost you your reputation and your business.

Morale of the two stories: think twice before hitting “send”, especially if you don’t know who is at the other end.

Jeff Gross and his team are entirely dedicated to white hat SEO; years of experience in the field have taught them that any suspicious method is just not worth the risk. Curently, Jeff works for Serijskiubojica, completely relying on white hat SEO techniques.