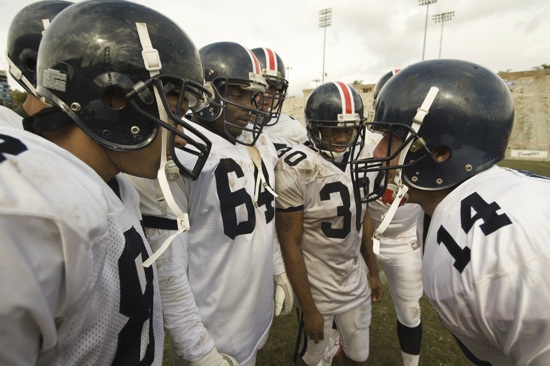 These American Football Conference Southern Division apps put you firmly in the driver’s seat. You are empowered with the complete control of your football future, past and present. By keeping you in touch with the on the spot details of your favorite gridiron guys, your iPhone becomes your indispensable link to football Nirvana. Stuck at the auto repair shop and have to wait for a new transmission to be installed? No problem. With these NFL iPhone apps at your command, you will find yourself actually seeking out those long boring waits. Just for an excuse to groove on your football app. 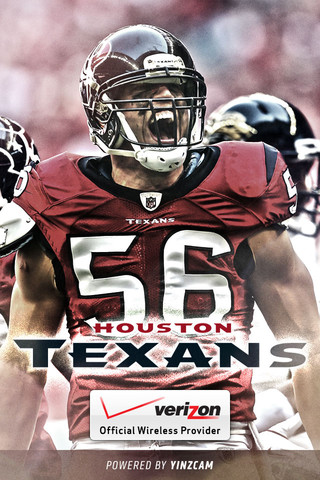 Houston Texans Mobile App can’t be beat for acquiring your data on these Southern Division Champions. The Texans made it to the pigskin history books by recording their first post season appearance ever last season. Can they make Houston swell with pride again with another? The Houston Texans Mobile App will feed you the real time breaking news events and all of the latest happenings. The interviews, the stats, the audio, the video and so much more are yours to command. Be part of the ongoing 2012 campaign as the Texans strive to defend their hard won crown. 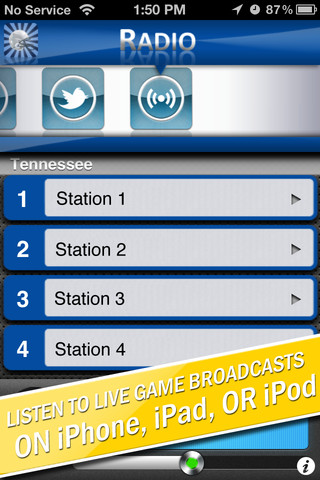 Tennessee Football Live gives you the live radio broadcasts for all of the Titanic action on the football schedule. You won’t want to put it down. Head Coach Mike Munchak brought the Titans to the brink of their first playoff appearance since 2003 last year. Make sure that you are on hand for this year’s glory. So oil up your engines for another exciting playoff push and be sure to keep Tennessee Football Live fired up on your iPhone. Share their annual gridiron quest in 2012.  The Tennessee Titans’ Stadium will be rocking! 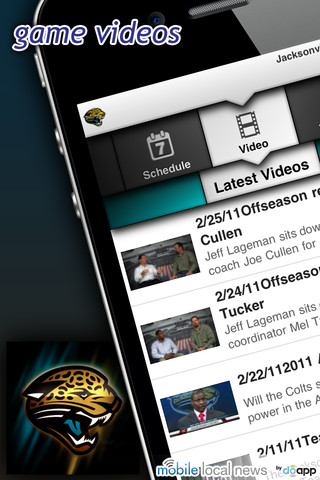 Jacksonville Jaguars gives you your fill and more of the pics, stats, pre, during and post-game results, stories and videos that matter. It’s the next best thing to seats in the Sky Patio. Jaguars’ fans are tired of all of the malarkey. After a five year absence from the playoffs, they want a winning team this season or the claws will come out. Fans can come on out to EverBank field by purchasing their seats right from in the app. Even non-football fans will appreciate the bios and photos of the Jaguars Cheerleaders. 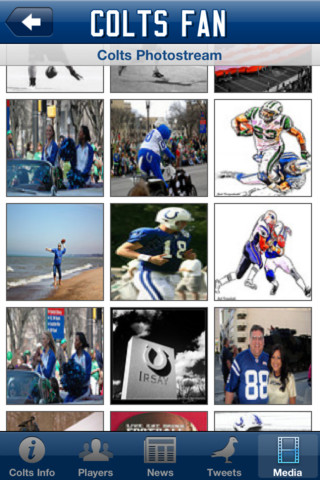 Indianapolis Football App is the way to go to coral all of the up-to-the-moment action on those fabulous Colts. Though last year was anything but fabulous for the team, fans hope that that was just an aberration. Is Head Coach Chuck Pagano up to the task of returning the Colts to their winning ways? Can the new quarterback Chandler Harnish fill those mighty big cleats as the replacement of the legendary Peyton Manning? Install the Indianapolis Football App to see. Follow the team through all of its tribulations. This app provides a wealth of perspectives from the fans as well as from the media.