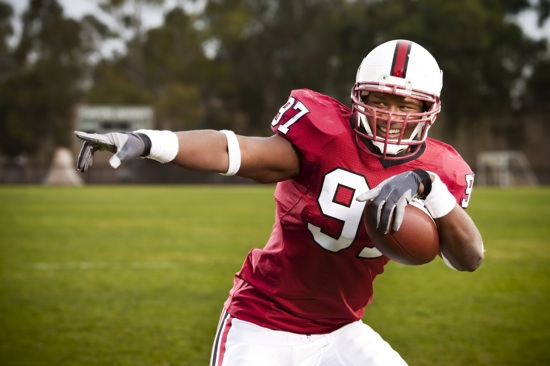 Becoming a well informed football fan has never been this easy, and this fun! Download these apps into your iPhone for football excitement and infotainment the whole year round. The preseason kid gloves are off. It’s time to get down to business the way that only the National Football League knows how to conduct. It’s never too late to be in the know and in the loop. The annual battle for gridiron immortality has begun. Your intimate involvement with the whole ordeal is just a patented pinch away! 22, 34, green, blue, hike! 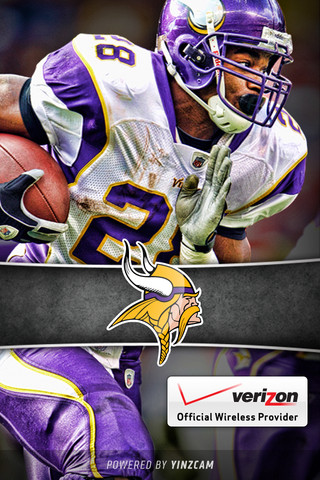 Minnesota Vikings Mobile has it going on. The insider scoops and real time stats simply can’t be beat. Keep this app fired up to warm your hands and to avoid frostbite while trying to make it to your favorite amenity at the Mall of America Field. A wealth of Vikings news and lore that’s always ready to inform you about the most important gridiron dirt. Play by play and drive by drive, Minnesota Vikings Mobile brings football to life with the facts and figures that you need to best crunch your favorite team’s numbers. 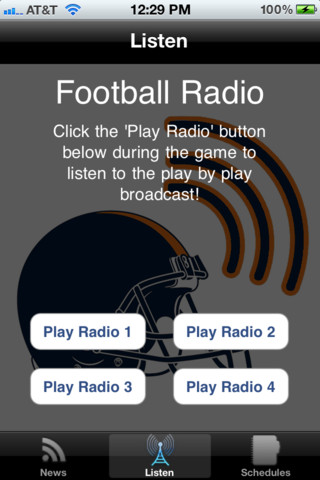 Bears Radio & Media is the bear-y best app for following Chicago’s gridiron animals as they tear through their demanding NFL schedule and subdue all competitors; birds, cats and humans of all species en route to playoff glory. In between you can listen to all of the fur flying on pristine audio signals found by this awesome Bears Radio and Media app. The Bears fans and Head Coach Lovie Smith hope that the returning players from last season, the new recruits and last minute additions like cornerback Sherrick McManis can replace 2011’s so-so results with a record more befitting of one of the sports premiere franchises. 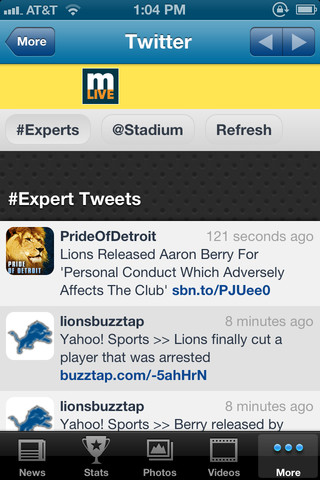 MLive.com: Detroit Lions News continuously keeps you informed on the fly out in the field and beyond. Thanks to the inspirational play of ‘NFL Comeback Player of the Year’ Quarterback Mathew Stafford, the team turned around a drab 2010 season and made it to the playoffs. Sports Illustrated predictions for a dismal third place finish notwithstanding, fans are expecting nothing less if not a good deal more in 2012. To reap the Lions’ share of the glory, to harness the roar of the Detroit faithful, to upend the naysayers, you know what you have to do. Keep your iPhone tuned to this MLive app to enjoy all of the action. 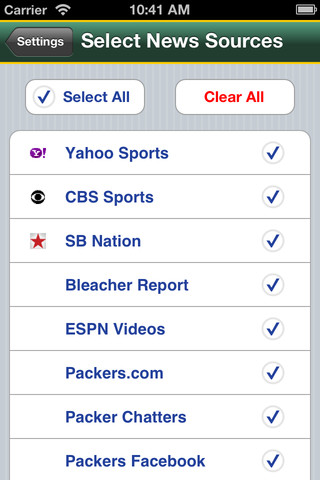 Packers News in practically universally loved by its users. All of the best media sources from the Packers themselves as well as The Bleacher Report, SB Nation and more. Retina graphics and iPad support with even more devices supported. Live scores help maintain an impressive insider knowledge your friends will come to envy. The Packers couldn’t have had a much better regular season if they had personally planned it last year. Although many fans might have preferred something more in line with the 2010 season’s ending. In view of the Packers’ storied history, Green Bay’s followers may have more of a right to be jaded than most other team’s fans.