The 2012 football season is here. How it will play out is yet to be decided. With last season’s division winners in seeming disarray thanks to one of those juicy scandals that fans love and the game’s adherents hate, pundits like Coach Mike Smith and the Falcons’ chances this year. What is great about football is that the pundits often appear foolish at season’s end. Don’t believe the prognosticators when it comes to your favorite gridiron guys. Faith can trump logic in football and that can be vexing for the analysts. If you don’t believe me then consider the Hail Mary pass. 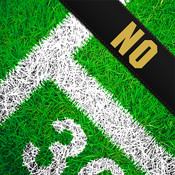 New Orleans Pro Football Scores, with its recent update, assures you of all of the newest Saints information and news. The Saints are looking to build upon a tremendous 2011 campaign. This just in…the Saints are NO saints. Fans are feeling the pain of the bounty scandal, a most unfortunate punctuation on an otherwise splendid season. Perhaps an update for the team’s name is in order. The New Orleans Sinners is kind of catchy and may better reflect reality. Of all of the team names in football, theirs must be the most difficult to live up to. 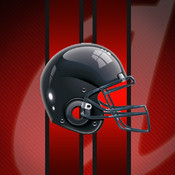 Atlanta Football Live supports offline viewing so you are able to economize on your data allowance and continue to groove on the gridiron data should you find yourself out of range of a cellular signal. When online, the app always includes the current standings and news from a wealth of sources. The schedule is constantly updated with the scores from games that have been already played. What is really neat is that you can hear the live radio broadcast for every game on your iPhone in the background while you work or play. 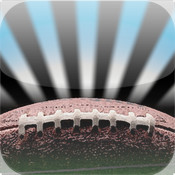 Carolina Panthers News and Opinion gives you all of the latest from the Charlotte Observer. The Panthers did not have a lot of bite to them last season. Fans hope that Ron Rivera will have their fangs and claws sharpened for this season’s hunt. 2008 seems like such a long time ago and their loyal base is hoping that this is the year that the Panthers return to the playoffs. The TopCats will make certain that everyone at Bank of America Stadium is in the mix. Follow the gridiron grind from the beginning to the end with top notch coverage from the McClatchy Company. 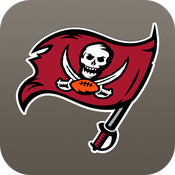 Tampa Bay Buccaneers Official Mobile App will have you scratching your head at those bonehead plays. You know, those game changers that could have been prevented if only special teams had first consulted with you for approval of any exceptions to the game plan. The Buccaneers’ Official Mobile App puts you in the inner circle, since all decision-making can be reviewed by you, the number one fan. Greg Schiano and Mike Sullivan will never feel quite the same job security again now that you are part of the equation. So carefully scrutinize all of the real time statistics for each drive.