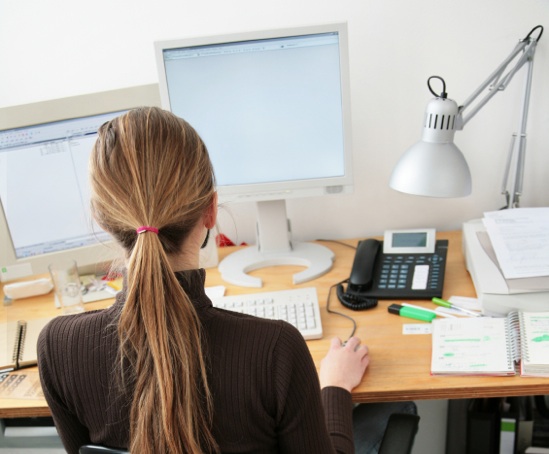 The value of a website lies in the fact that it gets attention. Essentially a website is a success if it gets seen by lots of people and the reason for that is that you then have a captive audience where you or a sponsor can advertise or promote your message/product/service.

But bearing this in mind – you’d maybe be surprised at how little many people actually do with that attention. Many site owners will go to a lot of work and effort to bring in all that traffic and to get their site seen by as many people as possible, but then they’ll do nothing to control that attention once they’re on the site instead hoping they’ll just magically click on their adds or find their checkouts to buy the products they’re selling.

Being able to direct the attention once the visitor is on your website is a crucial aspect of your web strategy, and it’s what will enable you to close the deal and turn a visitor into a customer or get clicks on the PPC advertising you have on your site. So how do you decide where you want people to look?

How to Draw Attention

First of all there are a couple of obvious things you can use to draw the eye and that we are psychologically more likely to notice and look at. For instance we have evolved to notice and pay attention to movement when we see it because in the wild this could easily be a predator or potential prey moving through the environment and in either scenario that’s worth our attention.

Likewise our attention is also automatically drawn to bright colours, and colours like red are particularly useful for this. The psychological reason behind this is simply that red often contrasts with the colours that will be used more greatly on the site (like white) and because it represents danger when we see it in the wild (like a red and black snake). The same is true with yellow – though the contrast is lesser – and if you really want someone to notice your banner or other image then using yellow and black or red and black stripes is a good strategy.

Finally we are automatically drawn to look at faces. This is again because other people usually provide us with survival value whether it’s the strength of being in a pack or just that we’re meeting a member of the opposite sex for potential mating. Even as children we have been shown to look more instinctively at faces compared to other stimuli. Of course using an attractive member of the opposite sex is a great way to make this even more effective.

While all these elements will work on their own, they all become far more powerful when you contrast them with the rest of your site. Sure a face will draw the eye – but not if you have teams of images of people on your page. Likewise, while a bright colour can draw the eye, it won’t work if you have too many different bright colours on the same page all fighting for attention. To effectively drive attention you need to pick one direction you want people to look and focus on that – so two pieces of AdSense visible on the page at once are practically pointless because your visitors can’t look at both at the same time.

About the Author: Anthony Parker is a web designer and shares his experiences with his readers through blogging. He is working for a well known Web Company in Melbourne for a long time.