The rise of Pinterest as one of the most visited sites on the Internet is well known.

The graph above tells the story better than anybody else: Pinterest and its CEO, Ben Silbermann, have the eyeballs.

Knockoffs & For the Love of Photos 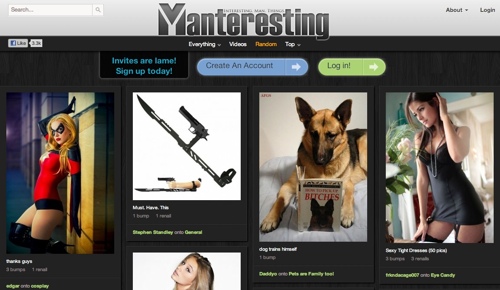 Manteresting – With a tag line like “Interesting. Man. Things” you know that this is a hybrid child from Maxim and Pinterest.

Expect a lot of girls and beer quotes. 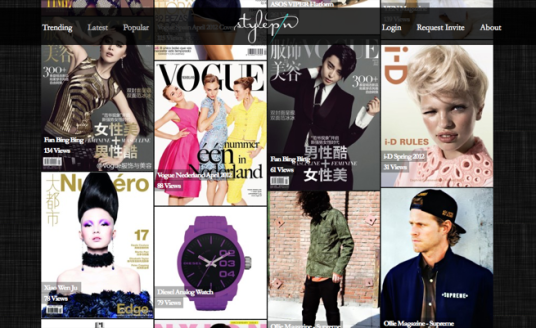 Stylepin – Tired of seeing dogs and random quotes? If you would like to focus solely on fashion and style, then Stylepin is your site. If Manteresting is for the manly man, then Stylepin is for the fashionable fashionista. According to the site as of 12/1/12, this startup imitator is the only one with a print generator. They claim that not only are a virtual pinboard, but also a physical pinboard. Select the photos from your pins and uploads, and they will automatically generate a PDF, DOC and even ZIP file of your moodboard that you can take along while shopping, wedding/event planning, vision boards for photo shoots, creative direction, etc. 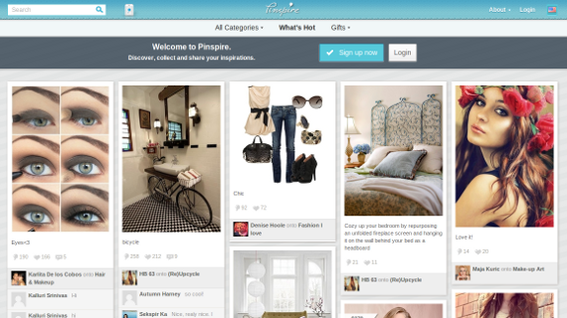 Pinspire – This startup is the biggest carbon copy out of the three. The design is so similar to Pinterest that users of Silbermann’s company will have no problem working with it. Pinspire used to even use the same palette of reds from Pinterest, but nowadays it is using a palette of blues. 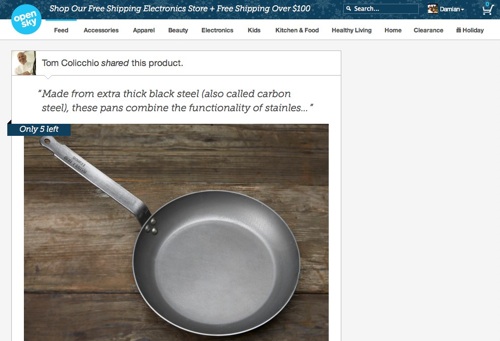 Opensky – This startup does not hide away the fact that it wants its users to shop. While Pinterest caught a lot of criticism for its use of SkimLinks to make money, Opensky does not hide the fact that it is trying to earn a buck from your purchases. As of 12/1/12, Opensky is providing a $10 credit and free shipping on your first purchase. Through its army of influential insiders (Martha Stewart, Chopped’s Ted Allen, Chef Tom Colicchio and others), the startup gives a curated shopping list. 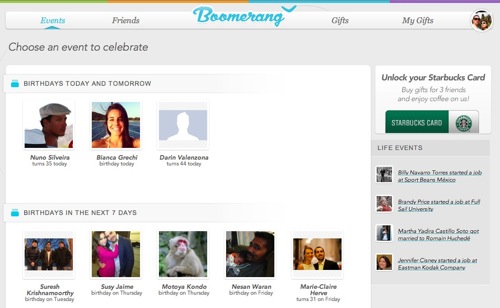 Boomerang – Formerly known as Gtrot, this startup was re-launched as Boomerang at the end of March 2012 as a tool to use your social network to find gift recommendations for important events in your friends’ lives.

Have you found other Pinterest imitators or knockoffs?
Let us know in the comments section below.