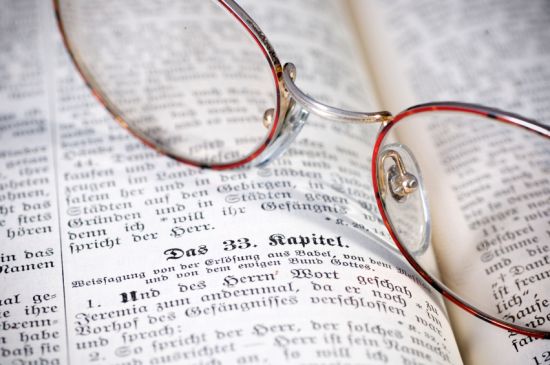 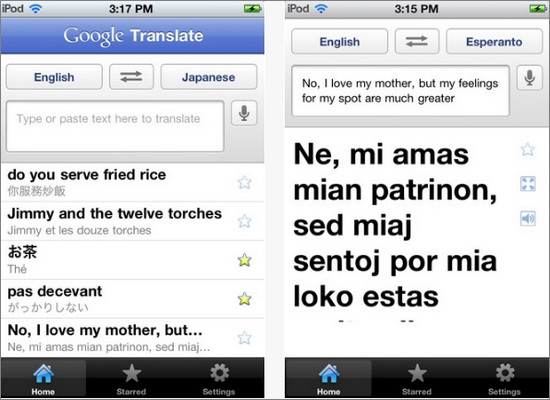 Whether you use the iPhone or the Android, you can take advantage of Google Translate on the go. It works by making a mini version of the program that you can use no matter where you are. It is compatible with 64 languages when using the text feature, and 17 if you are using the voice recognition feature. You can favorite translations to use at a moment’s notice, and access your history when you are away from an internet connection. There have been rumors that non-Latin script characters (such as Japanese) are not supported. This isn’t actually true; you can spell out words phonetically for translations. Symbols are not supported. While there are many different translation programs out there that work on voice activation for mobile phones, I tend to prefer Google Translate, myself. 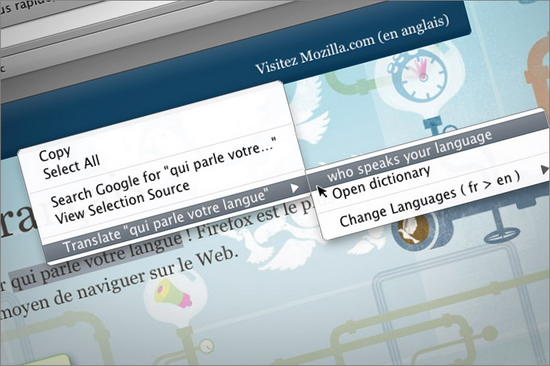 For those who have Firefox rather than Chrome, you can still get automatic translations at the click of a button. This extension works by providing you with a toolbar button that detects and translates language into English. It is simple to use, clean and works well Most reviews have been positive, and when I tried it I found that it was reliable and the translations usually accurate. I would recommend it to any Firefox users that just want a basic translation of text on a page, that don’t need a thorough translation for academic or professional reasons.

I have heard a lot of mixed reviews for this Firefox addon, and having used it myself, I can understand. It has improved a lot in recent updates, such as allowing you to use voice for translations. But if you are doing more than a single line of translation, it is better to use text for formatting reasons. There is a weird overlap issue with multiple line voice translation. Which might have to do with inconsistencies in the format itself, and the difference in punctuation between languages. It is still difficult to read. But as for the translations, they are pretty good and accurate. The program itself is really easy to use, if simple. It isn’t very feature heavy, but their auto-detect feature works well, and I have never had any trouble when it comes to figuring out a language. 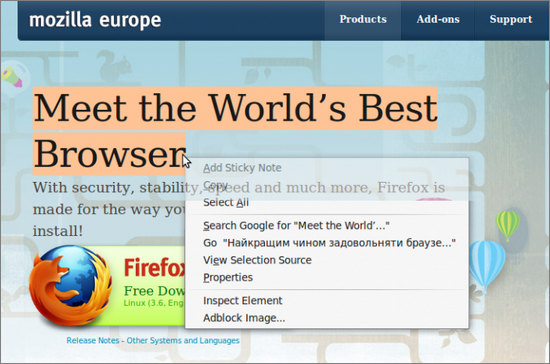 I used to love this tool, and used it all the time. But since the version 15 update (we are now beyond that), it has not been compatible. I thought I would include it here in a slightly desperate hope that eventually they would update and make it compatible once again. Because of all of the Google Translate based extensions I have found, this Firefox gem is the best. It is clear, easy to use, no bugs, has a gorgeous interface and the menu is super simple and uncluttered. If the makers happen to come across this blog post: please update! People like me miss this extension like crazy!

Do you know of any good translation services or tools that use Google? We would love to hear about them. Leave us a quick comment and let us know where to find it!