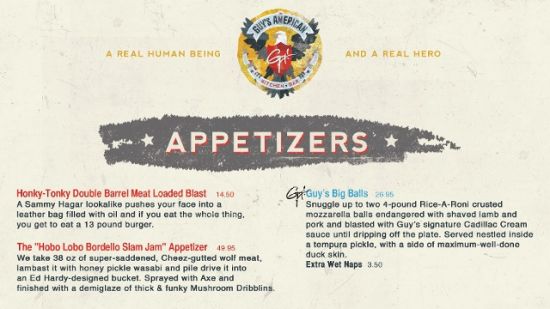 Wait a second. Does Fieri really have a dish named “Guy’s Big Balls”?

However, New York City programmer, Bryan Mytko thought that Fieri should promote that dish and be more careful about securing the domain containing the name of his newest restaurant.

Guy Fieri didn’t register his restaurant’s domain name, so I picked it up. I think this new menu look greatguysamericankitchenandbar.com

Domain name registration is a critical step in any marketing campaign and Guy Fieri’s team should have been more careful in making sure to secure not only guysamericankitchenandbar.com but also at the very least these variations:

Just like he invested in prime NYC real estate, he should have an equally important investment in Internet real estate and avoid falling prey of a techie prankster.

Here is the full menu, which includes Guy’s Big Balls: 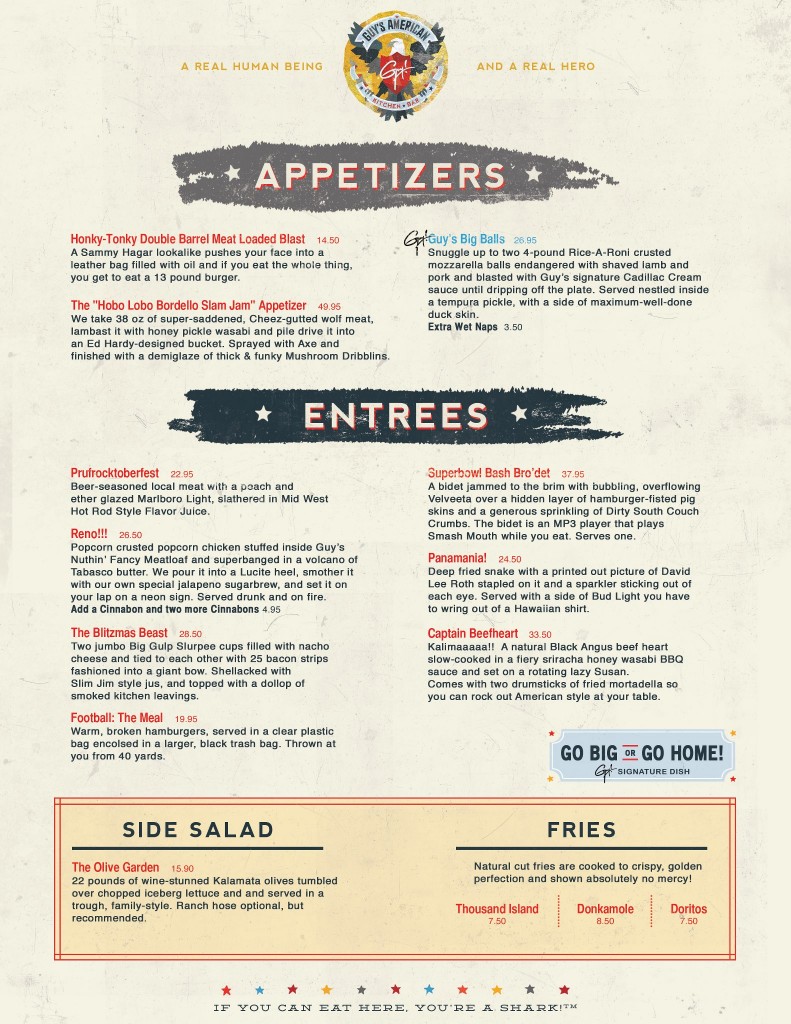