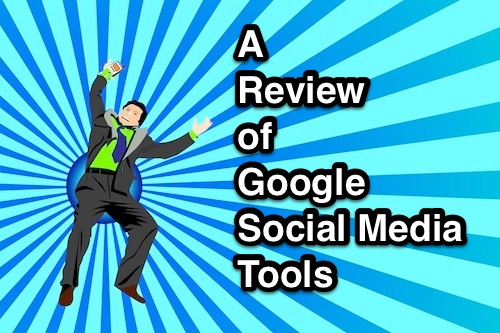 Google has often been blasted for failing to understand social media and capitalize on the rise of this communication channel. Still, those same critics cannot blame the Mountain View-based search giant for not trying and, actually, may be shortchanging the company’s actual efforts. When asked about Google social media tools, the average person will immediately mention Google+. However, that is not the only venture from Google into social networks and, in some markets, not even close to its most successful one.

In this article, we will take a look at three of Google’s projects in the social arena.

Name after Turkish Google employee Orkut Büyükkökten (pictured above), Orkut is Google’s first venture into social media. Büyükkökten started tinkering with social media networks as early as 2000 and he introduced his first social network, Club Nexus, at Stanford University in the fall of 2001. This was just a little bit less than 3 years earlier than the founding date of Facebook: February 4, 2004. After joining Google, Marissa Mayer and the product manager convinced Büyükkökten to name the social networking service after him, and that’s how Orkut got its name.

While Orkut may not make big headline news, as of January 2011 it had 33 million active users around the world and as of September 2013 Alexa ranks it as the 1,802th popular site in the world. With over 50.60% of its active user base in Brazil, it is not a surprise that Google manages and operates this social network in its Belo Horizonte offices. The latest study by GlobalWebIndex for the second quarter of 2013 indicates that Orkut has a little bit over 10% of global users of social media. Orkut is also popular in India and the United States, with 20% and 17% of users coming from those countries respectively

Orkut is reminiscent of the early versions of Facebook, meaning that the site is mainly for connecting with other users and participate in online groups. To join Orkut, new users must have a Google Account, which allows to leverage other Google services such as GTalk and YouTube. 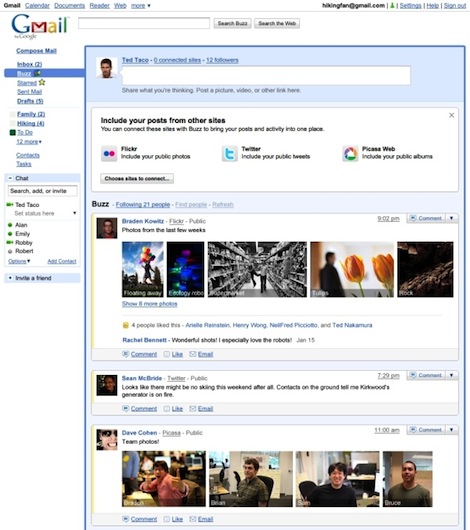 If Orkut is an example of the little social network that could, then Google Buzz is the complete opposite. When Larry Page returned to his post as CEO, replacing Eric Schmidt, he retired a slew of unsuccessful products including Google Buzz back in 2011.

At the time of its release, there was a lot of excitement to see what Google had come up with so within 56 hours of its release approximately 160,000 posts and comment were made per hour for a total of 9 million posts. In general, Google Buzz was pretty successful because people were  following each other out of curiosity to find out what Google was up to with this project.

Unfortunately, Buzz created a storm of protests and lawsuits from privacy groups because it made private email data from users available publicly. Due to the many complaints filed against Buzz with the Federal Trade Commission, Google had to settle with the FTC and create a $8.5 million fund to award money to groups that promote privacy on the Internet. 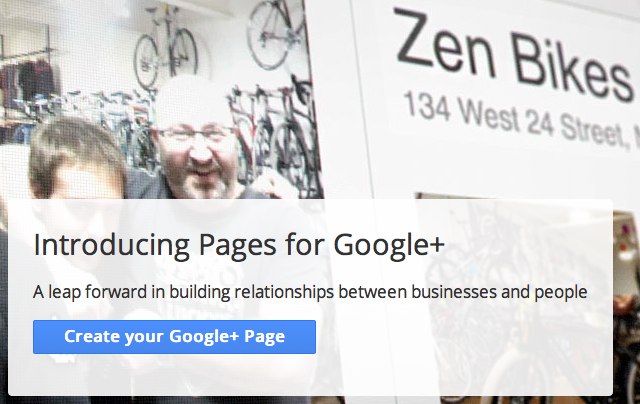 The learning experiences from Orkut and Buzz allowed the company to develop the most successful of all Google social media tools: Google+. The study from GlobalWebIndex for the second quarter of 2013 indicates that Google+ is catching up to Facebook in the fight for social media domination in the world. By taking a cue from Buzz and tying up Google+ to Gmail, this social network received about 1,203 million monthly visits for that period, compared to 809 million for Facebook and 416 million for Twitter.

It is important to consider Google+ in your social media strategy because both Facebook and Google+ share the same top feature among users: uploading and sharing photos. By capitalizing on this knowledge you can create well-designed photos and graphics (e.g. informative infographics) to attract visitors to your site. The rumors about Google+ affecting SEO from 2012 are a reality for 2013 and beyond as Google is using these social media profiles to make content feel more personal. Google Authorship is a project that Google is pushing so that webmasters link published content on specific domains to each of the author’s Google+ profile.

5 thoughts on “A Review of Google Social Media Tools”