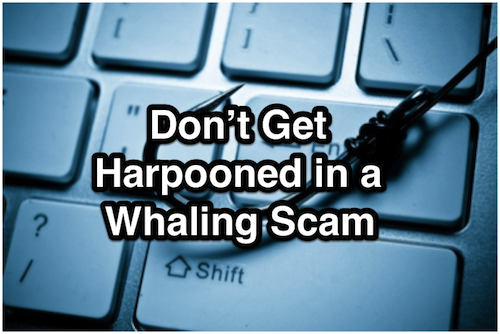 It’s Monday morning. You arrive at work bright and early, ready to tackle the day. When you log in to your email, you see a message from your boss marked urgent, and asking you to initiate a wire transfer of $100,000 to cover some consulting fees. Wanting to impress your boss, you do as you’re asked — only to find out a few hours later that your boss never sent the email, and your company is now out $100,000.

Congratulations. You’re now the victim of a whaling scam.

Going After the Big Catch

By now, most of us know what phishing is and are learning the telltale signs and how to avoid falling prey to scammers. Still, it’s still a major concern, with the majority of large data breaches caused by individuals who fall for phishing messages. While fraudulent emails are the most common type of scam, hackers have taken their skills to text messages (smishing) and telephone calls (vishing), effectively stealing millions of dollars and other sensitive information.

However, while most phishing attacks are random, and designed to capture as much information from as many people as possible (which may or may not be worth anything), hackers have learned that they generally have better results when they launch more targeted attacks. This has led to the development of spearphishing, in which specific individuals were targeted for attack.

For example, hackers might view LinkedIn profiles to find administrative staff at a particular company, and then send malware through an email in an attempt to gain access to a company network. Spearfishing is always done with a particular target in mind, and may be motivated by the promise of financial gain, or just a desire to harm the operations of a company or a particular individual.

Whaling attacks take spearphishing to the next level, and are almost always financially motivated. While spearphishing might go after anyone who could give the hackers what they want, whaling attacks are usually aimed at a big target, such as the CEO or other top executives of a company. Hackers begin by thoroughly researching the target and capturing as much information as possible, including direct phone numbers, email addresses, and contact lists.

Once they have enough information, the hackers then send emails that appear to be authentic; unlike typical phishing messages that are sent out to thousands of individuals and contain generic, often seemingly-random messages, these messages are highly personalized and relevant to the target.

Usually, whaling messages require the recipient to do something, such as download an attachment or send money or information. For example, Snapchat recently fell victim to a whaling scheme when someone impersonating the company CEO sent an email to the payroll department requesting employee details. In another notable case, several major corporations were tricked into downloading malware that gave hackers access to their networks when company executives were sent emails purporting to contain federal subpoenas; when the recipients opened the attachments, the malware was launched. 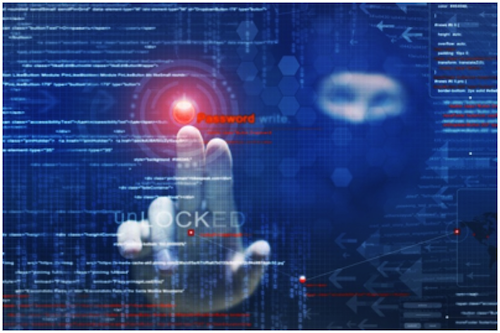 Because of the highly personalized nature of whaling emails, they can be more difficult to spot. However, there are some ways you can avoid a potentially disastrous outcome from one of these attacks:

As we become more savvy to hackers’ tricks, the hackers are always looking for new ways to trick us and steal our money and information. By staying vigilant and using the tools at our disposal, we can avoid the serious and costly consequences of falling for a scam.