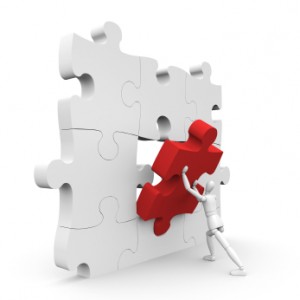 Marketing is essentially the business of making people aware.

The reason marketing is vital for virtually any company or corporate entity is that there’s often a wide gulf between the number of folks who potentially need the product or service being provided and the number of people who aren’t aware the product or service is offered. Then comes the influence in the form of advertisement. Those who wish to start a business must realize that not only must they spread awareness they must create a call to action for the potential consumer.

All of this can contribute to queasiness in the stomach of an aspiring businessperson. Most people just want to sell an honest service or make an honest product for an honest buck. Even direct marketing can put many individuals off because it encourages the calculation of offerings that are designed to appear to be in the buyer’s best interest when that’s not always the case. Many businesses that fail at the beginning do so because the entrepreneur or entrepreneurs that started them failed to understand how cut throat the marketing game has to be in order to be played successfully.

But I challenge the idea that marketing has to be ruthless to work.

Sometimes it’s just a matter of having longstanding presence in the form of a physical ploy. Think of it like how landmarks work for cities. For example people who enter the vending machine business don’t advertise. They don’t send out fliers reminding people to use vending machines or make commercials that entice people to pump quarters into a slot for snacks. No, the vending machine sells itself, one because the products within sell themselves, but two, because the vending machine has the confidence of the public due to it being around forever. People see vending machines wherever they go, and recognize them as safe trusted methods of getting access to edible goods. This applies to further vending businesses like DVD rentals and so on.

Maybe you don’t have a vending machine business or something similar that has the benefit of selling something that sells itself. That’s why you have to think outside the Redbox. Remember the landmark reference mentioned just a few lines ago? You need to get creative in establishing your local integrity. The Eiffel Tower was originally built solely to bring tourists to Paris during an Exposition. I’m not saying commit to the construction of a steel tower to sell your business, but what about a wooden statue outside a store or a billboard that’s more than informative it’s iconic? Over time these things can generate the kind of buzz that brings steady business. This is why logos are so important to companies; they establish a memorized sense of security and positive association.

It only takes one big effort too. No perpetual plans to provoke the public’s will to spend via manipulative marketing practices or creatively convoluted advertising campaigns. Just a classic way to declare that you’re open and you care little for big gains.

A strong physical presence in the form of a creative long-term public display or savvy store setup can circumvent the tricky tactics of aggressive modern-era marketing and preserve your integrity without paying a single consultant or selling your soul.