Still, they might admit that there are those times when the Windows OS would be a handier addition though. The good news for all Mac users is that they do not have to make a full switch from their OS X to Windows, but that they can run both Windows and OS X on the same computer.

Here are 3 ways to show you how to run Windows on your Mac.

Any Intel based Mac computer is equipped with the Apple Boot Camp software, which will allow you to install and run another operating system, such as Windows 7 for example, on your Mac computer. This is done by partitioning the hard drive on your computer.

Boot Camp requires the user to boot into the operating system during startup. The biggest advantage with Boot Camp is that you are able to install Windows directly on your Mac. It does not matter if you are running Windows or Mac OS X, because you will always only be using one of them at a time. The Boot Camp software is completely free to all users as well.

The main disadvantage of using this software though are that you need to switch off or restart your computer whenever you need to switch between the Windows and Mac OS operating system. f you want to have access to your Mac documents while running Windows, you must reboot back to Mac OS X. Another disadvantage is that while the software is free, you still need to acquire a Windows license.

Running a virtual machine is another way to accomplish the objective of running Windows on your Mac. 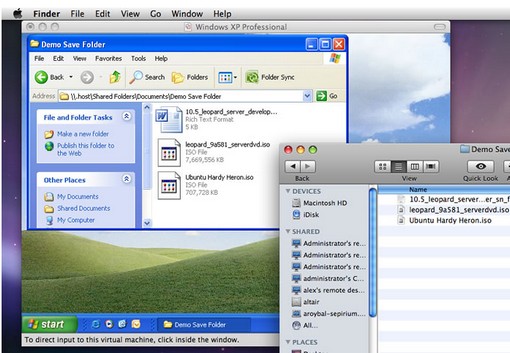 The following 3  software packages are great examples of this:

Installing a virtual machine on your Mac is very simple, because it is very similar to the way you would install any other program on your Mac.

The biggest advantage of running a virtual machine is that you can simultaneously run Windows and Mac OS on your computer, which also makes sharing of files much easier. Its main disadvantage is that it eats into your Mac’s memory, but this should not be a problem if you have 2GB or more of RAM. Another disadvantage is that the performance speed of a virtual machine is below the one of directly booting into Windows. 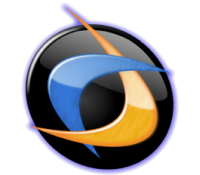 If any of the above methods are too time-consuming or if they slow down your Mac too much for your taste, then the alternative will be the Codeweavers Impersonator, which only uses the application-programming interface of Windows to run the Windows applications directly on your Mac.  Your applications integrate seamlessly in OS X; just click and run. No rebooting, no switching to a virtual machine, and no Windows Operating System license required!

How it works is that when you run Windows applications, the program known as Wine, translates the actual API calls, which allows the running of any Windows program. The CrossOver Mac Professional manages to hide the Wine interface, which is a clunky interface, behind your Mac-like interface. The biggest advantage of the CrossOver program is that it saves you time as well as the cost of purchasing a separate Windows copy.

One thing you need to be aware of, before you get too excited about the CrossOver option, is that it only supports a few of the commercial Windows applications.

Mac users: which one is your preferred option to run Windows on your Mac?
Chime in at the comments section.