The Internet has offered many opportunities for people to invest in alternative forms of currency that appreciate over time and let them make real world profit.

One of the earliest examples dates back to the early 2000’s with Second Life, an online world developed by Linden Labs. This online world has an its own internal economy and currency named the Linden dollar (L$). In 2009 Linden Labs reported that the total Second Life economy stood at US$567 million, about 25% of the entire U.S. virtual goods market on that year. Another virtual currency on the rise are bitcoins.

However, the hottest virtual currency for 2012 appears to be SWTOR credits.

SWTOR stands for Star Wars™: The Old Republic™ (also known as TOR). This game was developed by the Bioware teams in Austin and Edmonton and there have been rumors that its 3-year development total cost was in the $150 to $200 million range. This game has been so eagerly awaited by fans of the Star Wars universe that the official launch had to be staged across several platforms and regions in order to meet demand appropriately. The Huffington Post reported in December 2011 that SWTOR stood as the fastest growing MMO ever, generating 1 million subscribers within 3 days of its launch.

The currency of SWTOR are called Galactic credits, better known as SWTOR credits on the web. Given the structure of SWTOR, players will quickly realize that SWTOR credits are critical to advance in this game. The more credits you have, the better weapons and armor that you can buy, the more that you can travel. On top of that, the economics of SWTOR are not perfect and it is hard to make a Galactic credit.

The natural imperfections of this virtual market have promoted the birth of a virtual market for SWTOR credits on the Internet. Just a single search on any search engine reveals million of hits. There are many online forums where SWTOR gamers are hawking not only their credits but also their personal accounts (e.g. a LVL50 Tank Class).

Depending on your gaming ability a Level 50 Bounty Hunter Merc Healer like the one pictured below can go for about $125 to $150. 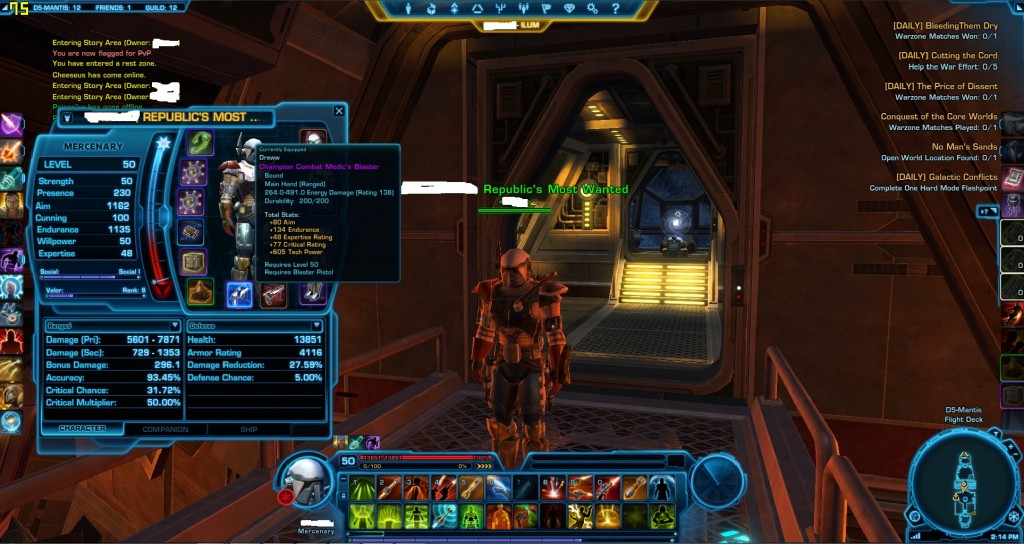 While there are no specific exchange rates between SWTOR credits and real currencies, this virtual market will surely start establishing some ranges after  a couple months.

If you enjoy currency exchanges and have a passion for online gaming, then you have a great chance for mixing business with pleasure through the SWTOR credits rush. As with any new market, caveat emptor: let the buyer beware and ask many questions before closing any deal. May the force be with you.