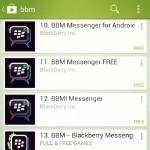 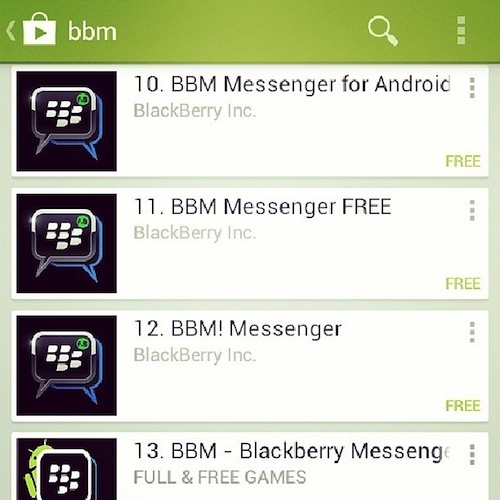 Have you ever downloaded a smartphone app, only to find that it didn’t work? You probably ignored it or deleted it from your home screen, assuming the developers hadn’t worked out all of the bugs yet. However, you may have also fallen victim to what is known in the industry as a fake app.

Simply put: not all of the apps in the Android Market or on Google Play are legitimate phone applications. Some of them simply pose as phone apps, then install malware or other malicious code onto your smartphone after installation. Some of them even copy the logo and name of real apps, in the hopes that you’ll download and install them by mistake.

What Are Fake Apps?

In late 2013, for example, a rush of fake “BlackBerry Messenger for Android” apps hit the market. These apps copied the famous BlackBerry logo and included titles like “BBM for Android” or “BBM! Messenger.” How do you tell the fake BBM apps from the real thing? According to Android Central, you have to look at the app description.

Many fake app developers fill their app descriptions with unrelated keywords such as “Fruit Ninja” and “Facebook.” Some app descriptions contain long lists of these keywords, which is a clear sign that something is not right about the application. After all, the real BlackBerry Messenger would never reference Fruit Ninja in its app description.

Of course, eventually the people behind fake apps are going to get a little smarter, rewrite the wonky, keyword-filled app descriptions, and make fake apps that are even harder to distinguish from the real thing. While many may think that antivirus software is only part of the pc world, there are programs that specifically guard against fake apps, so make sure you have good security software installed on your phone to prevent these fake app manufacturers from getting through.

Well, in 2010, a fake app named Tap Snake tapped its way onto many Android phones. This app did include a functional Snake game, but also came with a sneaky little extra: a GPS tracker called GPS Spy that recorded the user’s location at 15-minute intervals. It was also impossible to quit Tap Snake; even when users exited the program, it continued to run in the background.

Another fake app, this time an Angry Birds Space clone, hit in 2012. To quote Gizmodo: “Once installed, it downloads additional malware to your phone, and enlists your phone as part of a botnet. From there, your phone can be used as muscle for any number of hacker ops.”

Company A1 Agregator also ran a 2012 fake app scam, providing clones of popular games like Cut the Rope with code that allowed them gain access to the user’s text message center. Then, A1 Agregator sent toll-based text messages to themselves, letting the charges show up on the users’ phone bills and keeping the profits.

How Do You Avoid Fake Apps?

How do you protect yourself against fake apps? First, you need a good security system installed on your phone. Second, you need to pay close attention to what you are downloading, and take the time to read the fine print very carefully. BlackBerry will not release app description text that contains a string of random keywords. Angry Birds is made by Rovio, not “Roxio” or “Roveo” or any similar-looking name.

Fake apps will always be out there, and the app creators are likely to get even more sophisticated with their techniques. Some of them will even go so far as to create a useful, functional, even viral app, only to jam it full of malicious code. It is your job as a smartphone user to pay attention, do your research, install smartphone security, and make sure you don’t fall victim to the lure of a fake app.