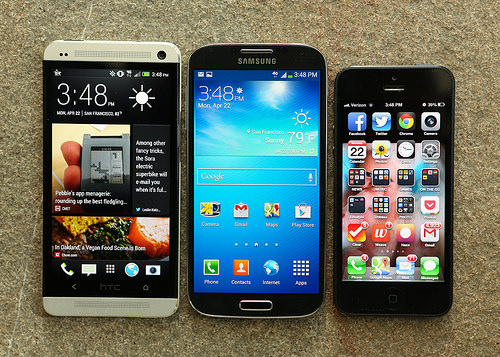 Good quality phones can retain a surprising amount of their original value. An entire industry has been built around buying and selling cell phones. Charities are also eager to accept old working phones so they can sell them and build up their funds. Regardless of where their phone may end up, those who wish to sell their phones can make a fair bit of extra money by taking the time to go through the proper channels.

AT&T iPhone owners are at an advantage because according to experts in the field, these phones retain the greatest buyback value. However, other phones can bring their former owners a nice price as well. Those who are looking to sell their used and refurbished cell phones can benefit from using one of the following companies.

Customers can use an in-store trade-in program that Apple recently introduced. To take part in the Reuse and Recycle program, customers hand their iPhones, 3G and newer, over to an Apple store employee who will then evaluate the condition of the phone and give the owner a credit toward a new iPhone.

uSell connects sellers with their network of buyers. After inputting the phone’s information into the site and indicating the phone’s condition, a range of offers from various buyers comes up. The seller simply chooses which offer they would like and uSell sends them a prepaid envelope in which they mail the phone to the buyer. Payment for the phone is made in cash or via PayPal, and the site promises payment within five days of when the buyer receives the device in the mail.

After answering a few questions on the website to determine the model of the phone to be sold and its current condition, the site will present the seller with a price. If the seller accepts the quote, they ship the phone to Gazelle at no charge. The company offers payment via PayPal, Amazon gift card, check, or the money can be donated to charity.

EcoATM is a kiosk that sellers can physically go to in order to have their phones evaluated for buyback. After the seller swipes their ID and an employee verifies that the seller matches the photo, the machine determines the condition of the phone. If it finds that the phone is in good condition, it makes an offer and the seller receives payment right at the kiosk. Some may prefer this buyback method simply because payment is instantaneous and the sellers know exactly where the phone is at all times. The company has roughly 650 kiosks in 41 states throughout the U.S.

As the world’s largest retailer, Amazon chose to create a buyback program of its own for the lucrative cell phone industry. The site offers high prices for used phones, but the payment is only available in Amazon credit. It also has a more strict set of standards with which it determines the value of a phone.

Those who can stand to wait until they are paid can make the most money in a buyback program by sending their old phones away to online companies. Prices are not set in stone and fluctuate depending on the market, so it is important to act quickly if the price is right.