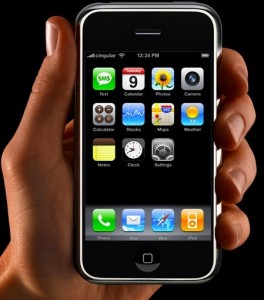 Even though the iPhone 4 had record pre-orders and orders that ended in record sales and excellent initial reviews, recent media coverage has focused on the phone’s “death grip”: a reception problem triggered by touching its antenna as pictured on the left.

Let’s analyze what are the iPhone 4’s current problems.

Steve Jobs Rolls out an iLemon

The original claim of Apple regarding the new antenna design was that it would increase the signal performance of the iPhone 4 because the frame would act as a bigger, better antenna.

1. “Death Grip” of users interferes with the phone’s reception so calls are dropped and Internet use is slowed down.

2. The bars indicating the phone’s reception were not reflecting the actual reception.

To address these 2 issues, users found a simple solution:

The interesting reality about the iPhone’s Antennagate is how Jobs and his team first completely dismissed it and asked people to stop holding the phone “incorrectly”. However, on July 16, 2010, Apple published on its website an explanation about smartphone antenna performance:

The opposite of amplification, attenuation happens whenever a signal is obstructed. All antennas — including television, radio, GPS, and cellular antennas — can experience attenuation. And with most antennas, the density and composition of the human hand can cause attenuation to a greater degree than some other materials. On a mobile phone, signal loss typically occurs when your hand attenuates the most sensitive part of the antenna. In the photos and videos below, we demonstrate how different grips cause attenuation on many popular smartphones — including iPhone 4 and iPhone 3GS.

Despite showing similar cases of signal attenuation on other phones, providing an update that fixes the incorrect display of signal strength, and contemplating how to issue free bumper cases to iPhone 4 buyers (see image below); there is still talk about a possible iPhone 4 recall due to the ‘antennagate’.

Besides the problems with the iPhone’s antenna, Apple has a bigger issue to deal with.

An investigation by Apple was prompted by a report in the London newspaper Mail on Sunday, which insinuated that workers at the Foxconn’s plant — E3 –were being treated unfairly and forced to operate under sweatshop-like conditions.

Foxconn’s Longhua facility is reported to house over 200,000 workers — or a population larger than the British city of Newcastle. Its exterior gates flaunt billboards encouraging anyone over the age of 16 to apply for a job.

Inside Longhua, workers labor a 15-hour day building iPods and iPhones, for which they usually earn about $50 per month. When they’re not on the assembly lines, they live in secluded dormitories that each house 100 people and prohibit visitors from the outside world. The workers are allowed “a few possessions” and a “bucket to wash their clothes.”

Foxconn, the Taiwanese computer and electronics manufacturer of the iPhone, maintains that its “employment practices are completely in accordance with the requirements of Shenzhen labor supervision departments.”

The Future of the iPhone

While sales of the iPhone 4 continue to climb, there are 3 key questions about the iPhone:

1. Will a bumper case giveaway by Apple be enough to silence the requests for an iPhone 4 recall due to the phone’s signal problems?

2. If Apple does not rectify the ‘sweatshop’ accusations of its iPhone manufacturers, would customers decide to boycott Apple a la Nike in the 1990s?

3. Would a launch of the iPhone on the Verizon network be sufficient to settle all the problems with signal strength finally to rest?

4. What is the future of the debate: iPad and iphone vs. laptop and desktop computers?

Leave a comment below and let us know what you think about the future of the iPhone.

One thought on “Is the iPhone 4 Apple’s Vista?”