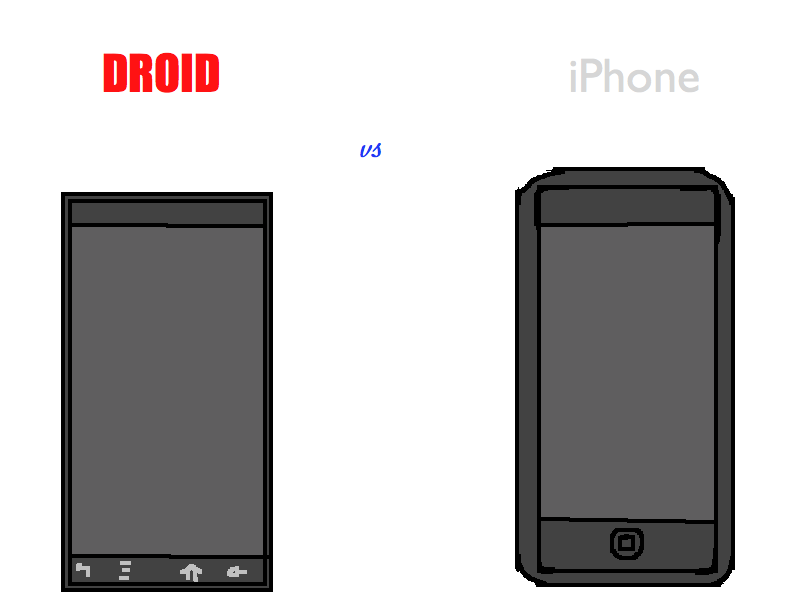 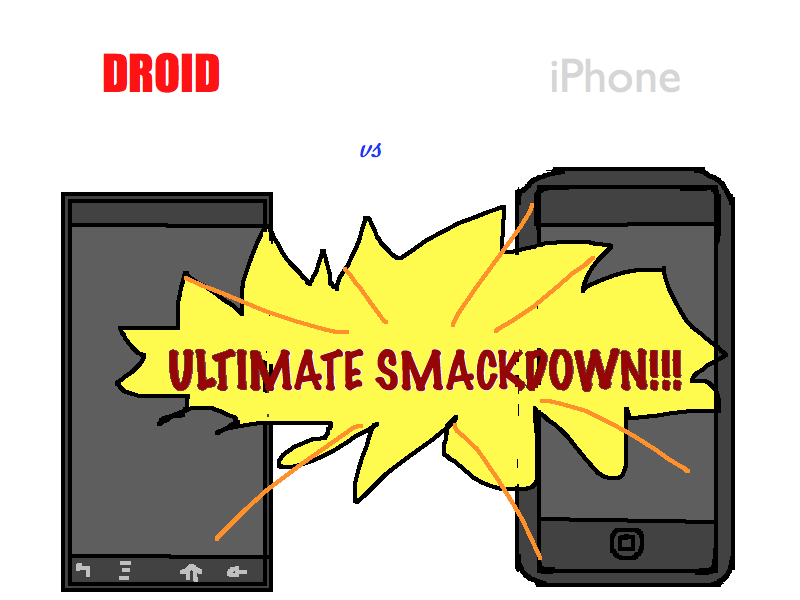 First, let’s discuss style. I think we can all agree that the Android is sort of a geeky man phone and the iPhone belongs in the pockets of the hipsteriest hipsters you know. 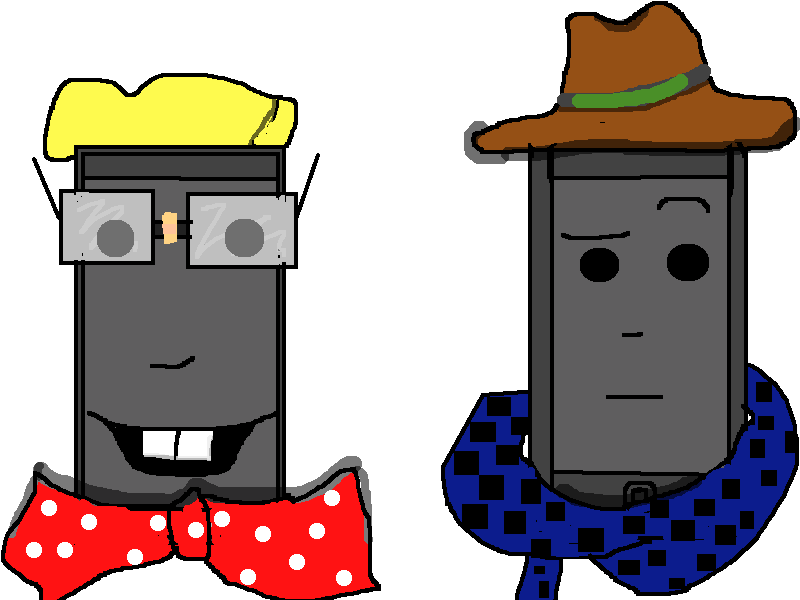 Let’s talk about accessibility — by which I mean: how open is it? 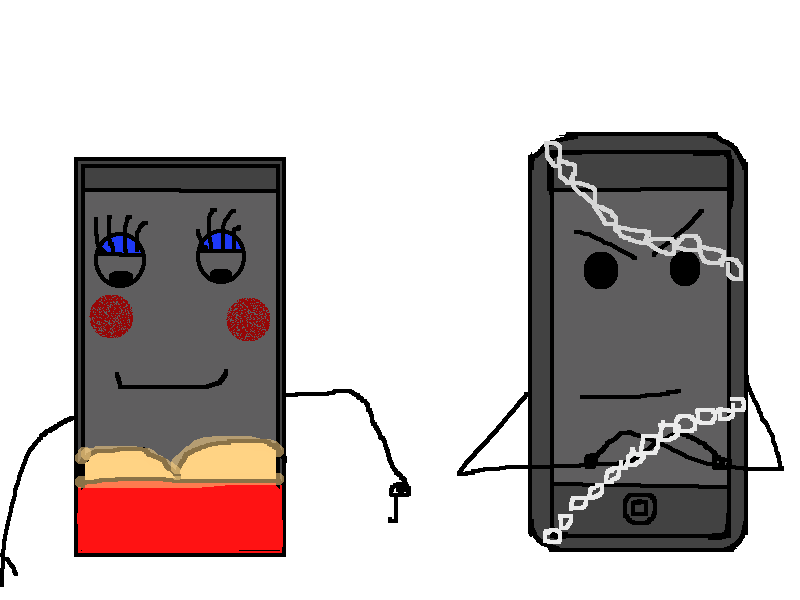 You know what, I don’t really know which is the winner in that situation either. On the one hand, you have the Android system and app market being upheld as more “open” (though you still have to root and ROM your phone in order to install your own systems on it, but whatever). On the other hand, you (theoretically) have the iPhone’s “we won’t put crap on our market” policy, which is good (in theory).

I don’t want this to become a network showdown, since it’s the ANDROID AND iPHONE SMACKDOWN, but we have to say it:

Verizon (and whatever) is flat out better than AT&T.

Android is also on other providers, so if you hate Verizon? THAT’S OKAY. 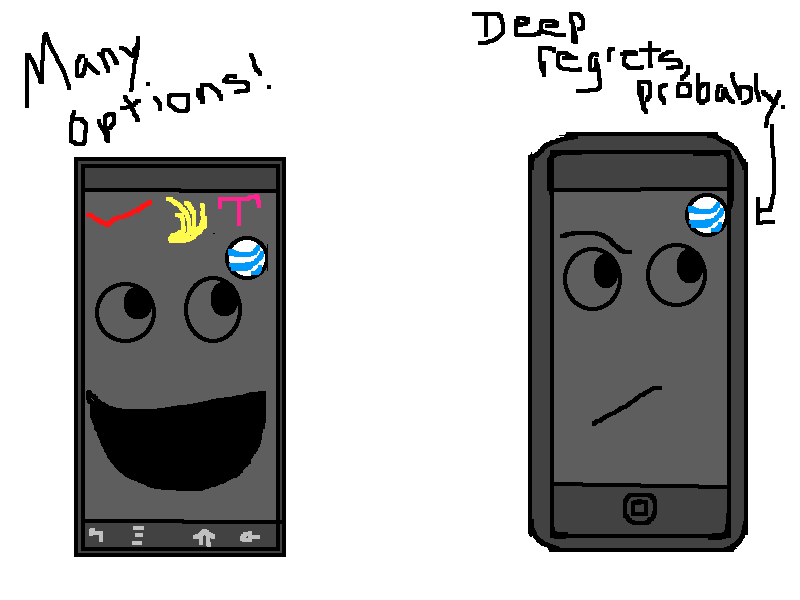 Round Three: Android. Sort of. It’s more a win for Verizon though.

You know what, guys?

They’re SMARTPHONES. They’re NOT ALL THAT different. You can get your e-mail on them and send texts and make phone calls — and at the end of the day, they essentially do the same shit.

So let’s just hug it out, okay? 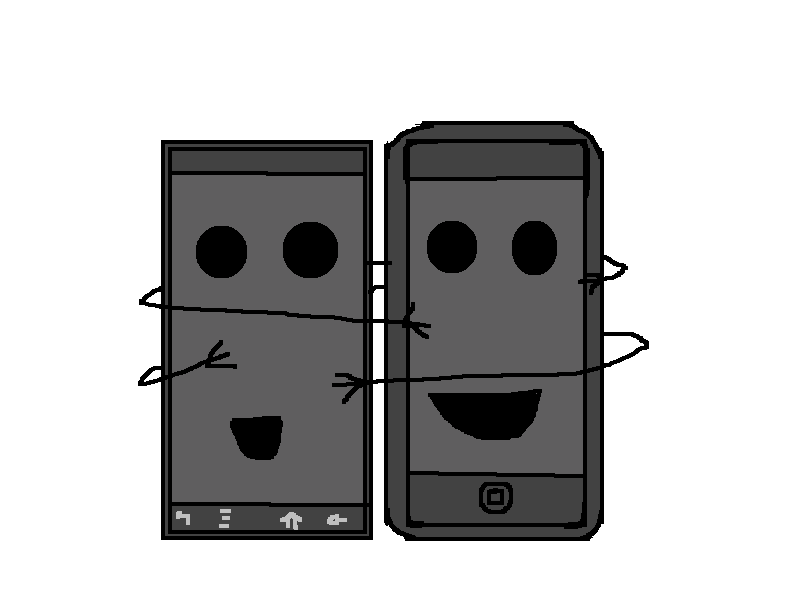 [Kate is the author of the blog Arguing with a Doughnut, which provides just as much silliness as the title implies.] 4 thoughts on “Droid vs iPhone”