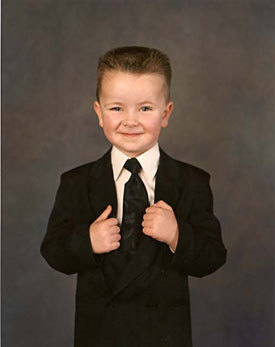 Anyone who tells you that becoming an entrepreneur is easy work most likely hasn’t gone the independent route that entrepreneurship implies. The fact is, it’s difficult to stand out from the crowd and create your own career path.

Often, it’s extremely difficult, as the numerous mishaps and minor tragedies that befall your organization are yours to deal with as best you can. When starting out, there simply isn’t money available to hire a public relations firm to smooth things over. This means that in addition to all of your regular duties, you have to be a crisis control manager, too. Crisis or not, let’s take a look at what makes an entrepreneur successful.

It’s one thing to head towards a lucrative field, where making money is as easy as picking low hanging fruit. It’s another thing entirely to follow a passion, be that related to selling flowers or skis. There is often a lot of competition in the field of one’s choice, which increases the hardship while decreasing the profit potential.

However, by choosing to be near that which interests you, inspiration is never very far away. You’ll tend to read up on the latest happenings inside your chosen industry because they interest you, not because they were “necessary.” Never rule out opportunities, your big break might be finding the right Franchises for Sale or starting your own Businesses.

Refusing to give up

Throwing in the towel may seem like the natural thing to do once your place of business has burned down, your debts have risen, and your business partner departs for a foreign land with a large chunk of the bank account in hand. Nevertheless, it’s persistence in the face of adversity that keeps the best on top. The world tests everyone sooner or later, so stand your ground when adversity strikes.

Never forget that being an entrepreneur involves long hours and a lot of stress.

One of the basics you may learn in business school is this: if a particular business idea isn’t panning out, there isn’t much sense in continuing to lose money and creating hardship for yourself. Trying a different business approach in a different industry isn’t really giving up, but rather, it’s being flexible and cognizant. It takes a strong person to admit that they had the wrong approach in one area, and it takes an even stronger person to try again with another business proposition.

Just be sure it’s also in a field in which you’re passionate! Remember that Abraham Lincoln is partially famous for his string of more than a dozen business failures. He tried something new almost every year for over a dozen years, failing each time. He soon thereafter made himself into the most famous president.

Being a friendly promoter

People are naturally drawn to happy, friendly and outgoing people, and it takes nothing away from the experience if those people promote their own businesses during the interaction!

Everyone has areas in which their competence level drops off. By admitting such, and hiring the right people to fill in the resultant gaps, your business will be strong on all fronts.

Do more than keep these six ideas in mind as you consider your entrepreneurial activity. Put them into active employment!