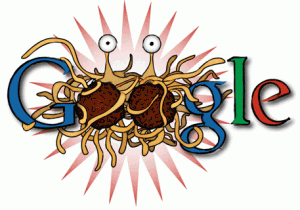 In a move “to encourage a healthy web ecosystem,” Google recently announced a major change to its search algorithm – a move to devalue so-called “content farms” that primarily copy content from other websites, and sites that offer little or no value-added content for users.

The move ensures the continuance of the Internet adage, “Content is King!” According to Google, its algorithm tweak “noticeably” impacted 11.8% of its search queries, dropping the search engine results page (SERP) rankings of sites that “copy content from other sites or sites that are just not very useful,” while providing better SERP rankings for “sites with original content and information such as research, in-depth reports, thoughtful analysis and so on.”

This major algorithm change has, of course, generated great interest and some controversy in the search engine optimization (SEO) community, although the change was widely anticipated by most analysts.

“No one can this one came out of left field, writes SearchEngineWatch’s Brent Ragen. “Google,” he notes, “launched an algorithm tweak in January to combat spam and scraper sites.” These so-called “scraper sites” automatically pull content from a wide range of other sites, and compile the unattributed, duplicate information on their own site, a move that many  (including many at Google, it seems) who view “scraping” as a major impediment that discourages original work, have seen as a “black-hat” SEO tactic.

Many questions remain open about how this algorithm will affect various sites. One of the most pressing questions, as Ragen notes, is whether the algorithm changes factor in results from Google Chrome’s newly introduced “Personal Blocklist” extension which allows user’s to report and block no-content or low-content sites as well as content farms.

Google has specifically said that data from its “Personal blocklist” app is not factored into the algorithm changes. However, they do say that when they compared the most-blocked sites, 84% of the top sites users had blocked were affected by the algorithm tweak.

While “grey-hat” and ”black-hat” SEO artists who are scraping content from other sites, and/or operating or utilizing content farms, will be hit hard by the algorithm change, creative web masters who realize that original, relevant and informing site content is what both users and search engine indexing programs are looking for should benefit from the algorithm tweak.