If you look for a Chinese version of Facebook, you will find Renren.com.

If you look for a Chinese version of Twitter, you will find Weibo.

It was only a matter of time, that the online group buying industry will have its pioneer in China.

GaoPeng.com, a Beijing-based group-buying site that says it is “powered by Groupon,” started taking registrations from consumers on February 27th, 2011. The site is funded by Groupon, the Tencent Collaboraton Fund (a unit of the China-based Internet company Tencent) and China-based investment firm Yunfeng Capital. 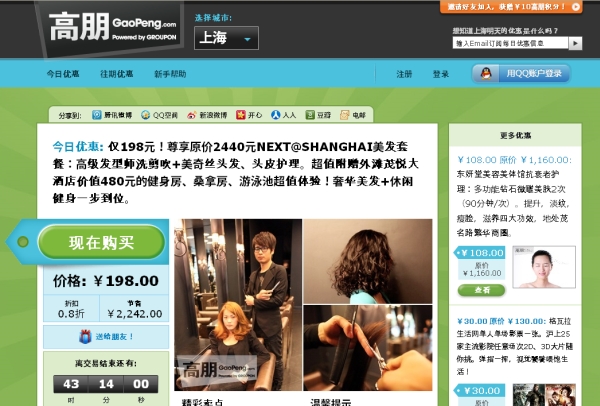 According to an official press release from Groupon:

Headquartered in Beijing, GaoPeng plans to offer consumers unbeatable prices on the best things to do, see, eat and buy in China and to deliver local merchants significant exposure and a steady stream of new customers. GaoPeng subscribers will get free daily emails alerting them to the deals. Initially, the service will cover Beijing and Shanghai, with plans to extend to other major cities in China.

This move by Groupon makes perfect sense to continue to fuel its exorbitant market valuations. 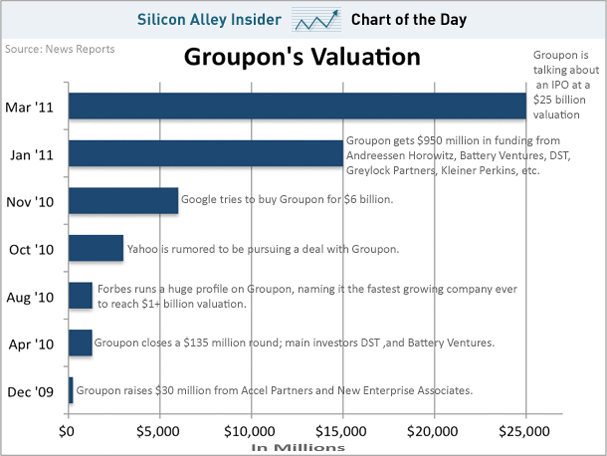 One thought on “Meet the Chinese Groupon: GaoPeng.com”