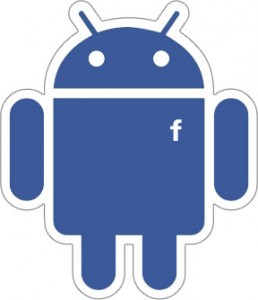 Facebook for Android has matured into a full featured and useful mobile version of its own mega hit desktop application. Before trying the growing selection of mobile Facebook clones out there and since they are the trendsetter of social media, it does makes sense for the Android phone user to go with the market leader first. The compatibility with the desktop version, for syncing your user information with that of the mobile Facebook, is in theory the most complete, because Facebook must know their own application better than anyone else. Facebook continues to do what they do best, provide a simple and easy to use interface for folks to get together and communicate with each other.

FriendCaster for Facebook is a great app to install on your smart Android phone if for some reason you aren’t happy with the official app. It happens and then sometimes one must play the field. FriendCaster is a splendid option that will enable you to effectively use Facebook on the fly with your mobile Android device. In addition to the standard FB fare such as re-share, notifications, likes and tagging, this app offers great editing tools for your images like special effects. The superb video enhancements enable uploading of numerous videos.

I wrote about the tumultous history of Color at SexySocialMedia, when it was just an iPhone app. Color for Facebook is a simple but extremely power app. With Color you can update your Facebook status with live video instead of all of those laborious and static texts or photos. The idea of personal live video streams broadcast the world over is something that we denizens of the twenty-first century can easily take for granted. As yet there is no audio so perhaps this is the modern equivalent of the silent film. If the proverbial picture is worth a thousand bytes then this app will save a lot of tapping on the screen or tweaking your fingers trying to get the tiny keyboard to work.