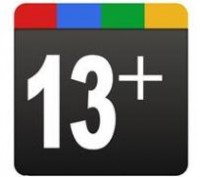 As far as membership is concerned, experts anticipate millions of teenagers to be signing up for the service in the very near future. This should be a salivating prospect for brands and marketers who are targeting this particular demographic and are looking for a specific channel to get their message through.

Youth-oriented brands that will be able to utilize digital tools which appeals to teenagers such as music videos, movie trailers, games, mobile applications, or social networking sites can certainly tap into this captured market. Teenagers make up the most dynamic and fanatic base but are especially susceptible to social activities having been weaned on daily diets of mobile devices, Facebook, Twitter, etc.

New Security Enhancements for Google Plus

In relation to this expanded rollout, Google has also simultaneously implemented these new security enhancements aimed at protecting the teenagers:

The teenager market is one of the most desirable markets to penetrate for advertisers and marketers. Google is obviously doing a very smart thing in this recent attempt to corner a big chunk of this powerful and influential demographic with the introduction of their Google Plus to those with ages thirteen and above. The enhancements in privacy and security settings are also especially helpful in order to convince parents to let their children try out this new service.