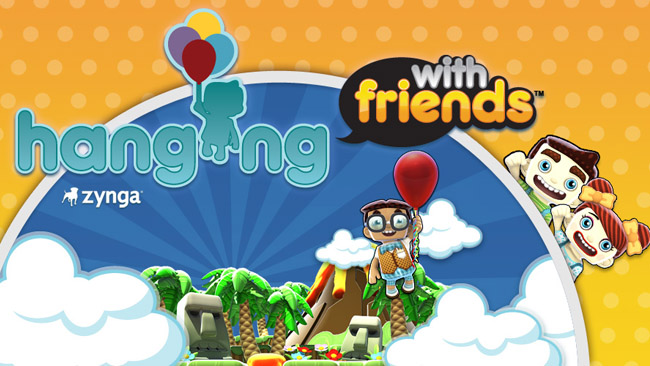 You’ve got to have friends as the Divine Miss M so eloquently stated back in the days before the statement’s true ramifications became known to users of Facebook. She knew that she was on the right track but hadn’t yet an inkling of the coming usurpation of the term by the World Wide Web. Had she known this, she might have bought up all of the rights and really made a fortune! As it is she did just fine so things probably worked out for the best anyway. With the advantage of hindsight on our side you will be able to appreciate the transcending value of friendship to the new genre of games that require you flaunt what you know over who you know. 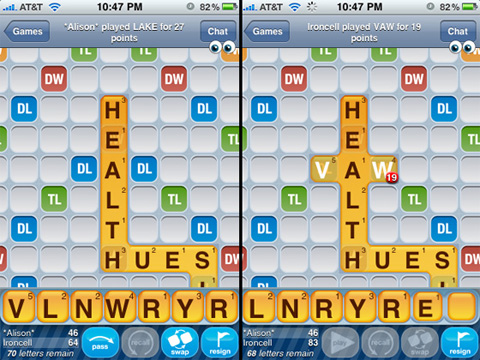 Words with Friends is a delightful word game for the whole family. Create words using tiles with letters of the alphabet on them. Take turns with friends near or across the World Wide Web. The words must be attached to each other so you must use at least one of the letters of your challenger. Bonus points can be earned when your tiles are placed on certain squares of the game board or if you play all of your tiles. There are somewhat over 173,000 words in the official game dictionary that may be played. 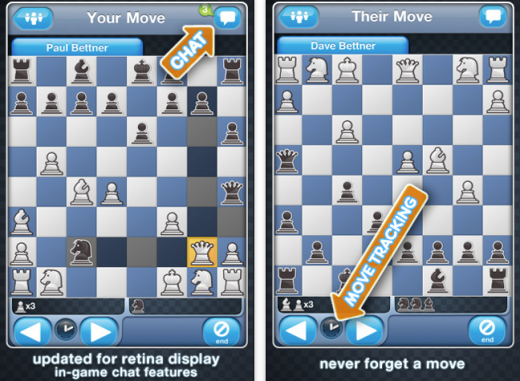 Chess with Friends, like all of the developer’s growing legion of app aficionados, shines with its innate ability to bring diverse users together for the simple purpose of having fun. Works like a charm that. Study your moves and consider your strategy carefully to empower yourself to confidently crow, perhaps not quite as exuberantly as they cry ‘GOAL’ in soccer, ‘CHECKMATE, mate.’ The budding Nakamura, always practicing in order to win his or her Grand Master honors, can have up to twenty games in play in memory at once. 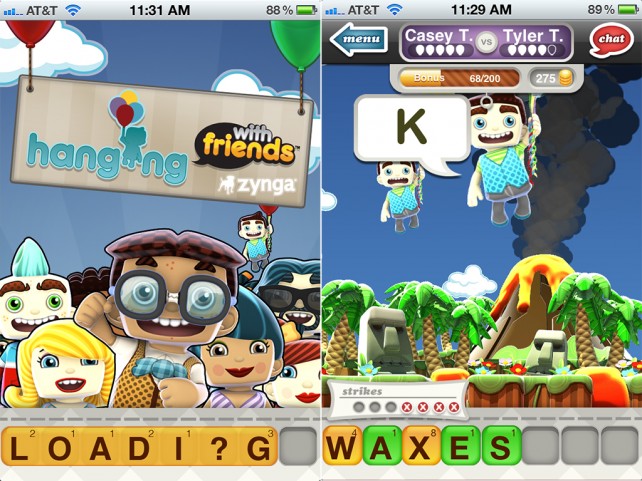 Hanging with Friends reintroduces the populace to that ancient pass time called Hangman. With some new twists on the classic childhood game for Internet denizens. Make sure that you don’t create small words because that gives your opponent more strikes to guess your handiwork. The longer your word the less chances your opponent is allowed. The game has a chat feature to allow users to communicate with each other. Vanna White is not included. Zinga could give the Fed a pointer or two on how to curb inflation. They charge for their virtual coinage starting at $1.99 for 150 coins.

Scramble with Friends is a variation on the popular word game that will challenge your etymological knowledge like never before. Your linguistic abilities, use of semantics and a little luck will determine the outcome of this contest of philological knowhow. It may be only words but tell that to the judge. In this clash of dialectological wits, semiotics can only get you so far because a good stratagem often trumps such abstract understanding of simple familiarity with such complex theorems. That said it’s what you don’t know that may leave you scratching your head as to how that contest slipped away even if you are the possessor of the superior expertise.