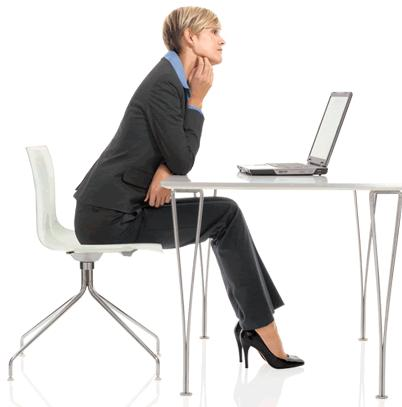 While we might assume that there would be a strong correlation between the time Americans spend interacting online and the time they spend passively watching television, this does not seem to be the case. In fact, consumers are spending roughly the same number of hours as ever in front of the TV, according to Forrester’s.

However, the amount of time Americans spend online comes almost exclusively from the time that was formerly spent “listening to the offline versions of radio and reading printed newspapers and magazines. A drop in use of these formerly stalwart mediums, combined with the surge in Internet use, accounts for the forecast that online advertising buys will exceed print ad buys in 2011.

Forrester’s analyst Jacqueline Anderson, the study’s author, makes the case that digital media doesn’t so much take away from the time we spend in front of the tube; rather, “the Internet, and particularly the mobile Internet, simply creates more opportunities for people to consume media.” Before this age of 24/7 digital consumption, few of us would have seen the checkout line of our local supermarket “as a prime opportunity for media consumption.”

Significantly, while steadily rising media use amongst younger demographics has been a fixed reality of the marketing landscape for some time, “the Forrester’s survey shows that this is the first year that people in older age groups are also doing so.”

Forrester’s does note that there is already a fuzziness to their data brought about by the difficulty of distinguishing between watching television and streaming television programming online. It seems clear that this fuzziness will only increase with wide-spread adoption of televisions that act as Internet portals.

Moreover, as video streaming begins to replace broadband cable viewing, the advertising model will have to change. It seems to be only a matter of time until online marketing revenues begin to exceed cable advertising revenues, and the Internet replaces cable television as the medium of choice, just as it has in respect of offline radio and print media.