This is one of the main questions of many Mac-heads and technology analysts.

Apple previously scheduled the release of a white iPhone 4 for this summer 2010 through various promotional products but there has been a recent announcement from Apple HQ that the release has now been delayed until “later in 2010”.

Secretiveness among the Apple ranks is not anything new but the sudden delay is making some tech critics suspicious.

What could be the reasons in the delay of the white iPhone 4?

The most likely of explanations: Apple engineers need to address the issues with the iPhone 4’s faulty antenna design.

To address these issues, on Friday July 23rd, Apple released the iPhone 4 Case Program, an iPhone app that checks whether you are eligible to receive an iPhone 4 Bumper or a select third-party case from Apple at no charge.

Even though there is no mention of the antenna issues on the email sent to millions of iPhone 4 buyers, it is clear that it is meant to address the “Death Grip” (a specific grip from iPhone 4 users that interferes with the phone’s reception so calls are dropped and Internet use is slowed down).

However, some people and Consumer Reports believe that this is how the free iPhone case will protect against dropped calls:

Nonetheless, a delay in the release of the white iPhone 4 can be explained  as an effort for engineers to solve the antenna issues for this release.

It’s already been reported that Apple’s manufacturers had trouble perfecting the “paint thickness and opacity” of the white glass of the white iPhone model. However there are also other issues. According to CNet, last year, owners of white iPhone 3GS handsets complained that overheating was discoloring the phones’ casing. Though the problem was far from widespread, the company updated its heat advisory for all 3GS models, and won’t want to make the same mistake with a higher profile model.

According to Chinese newspaper 21st Century Business Herald, this issues is being addressed by a little-known Chinese factory by the name of Lens Technology, which is apparently responsible for transforming fine raw glass into the majority of iPhone glass panels out there.

There are rumors that a worker from Lens Technology’s quality control department has allegedly admitted that the company’s screen-printing workshop may currently be dealing with some issues with the white iPhone 4 covers. Specifically, the factory’s still working out the perfect combination of paint thickness and opacity — the former to ensure the next sub-contractor has enough clearance for the digitizer overlay, and the latter for the absolute whiteness that Jonathan “Jony” Paul Ive, Senior Vice President of Industrial Design at Apple Inc., is striving for.—

Reason 3: Stocking up Before (Christmas?) Launch

Given the logistic failures of the iPhone 4 due to the high demand, it would make sense that Apple wants to have a head start this time.

Apple admitted it was having manufacturing problems with the white iPhone well before antennagate. It’s more likely Apple wants to meet demand for the black iPhone 4 first — and won’t release the white model until it is ready to supply them in sufficient quantities .

Or just planning a Christmas release. 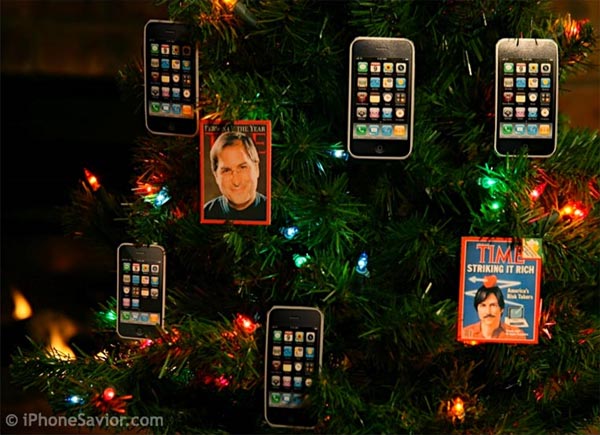 After all, a white iPhone Christmas would surely be a hit!

One thought on “What’s Delaying the White iPhone 4”