Are you dying to join the growing ranks of startup companies? If you are, you’re definitely not alone! Most startups are much more about hard work and dedication than instant riches and world-wide renown, but break-out companies have been able to prove that there’s always an exception to every rule. 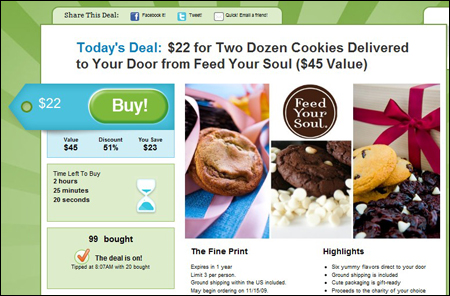 If you’re truly passionate about your vision for the future, you just might be the Twitter or Groupon of the future. Before making your final decision to start down this path, consider these  4 little known facts and trends:

According to the US Bureau of Labor Statistics, almost six out of every 10 new businesses fail within their first four years of operation. Although this number is far from encouraging, it’s not nearly as bad as the popular 90% number that many startup pessimists like to throw about.

Think about it- this means that the odds for success are almost in your favor. Of course, you can always increase your chances by creating a very thorough business plan before you jump right in.

Startups like This or That have done incredibly well, making this dream seem realistic for onlookers. With more than two million impressions in January alone, This or That’s fun format for comparing pop culture, news, and other trends, has drawn new user submissions in hoards.

While the US public has grown to rely on Google as their favorite search engine, and Facebook as their favorite place to congregate socially, these two web giants aren’t content to rest. In fact, they’re always morphing, changing and improving ever second of the day.

Facebook is busily including shopping and e-commerce to their social networking site, while Google has added over 80 startups to their lineup to create a product offering with widespread appeal. If you can think of a new innovation that adds value to these processes, your startup could take off faster than you ever imagined.

The experts are predicting that the credit card as we know it will soon be a relic. In its place, expect savvy consumers to use their new smartphones as a payment device. No one is quite sure how it will all work at this point, but if you could create a new app that turns any cell phone (not just smartphones) into a virtual credit card, you could be the next startup genius!

A great way to make your name in the startup game is to create a new tool that makes a complicated task easier! For example, everyone is jumping on the e-commerce bandwagon because that’s where the money is. Although consumers will use their favorite tool as long as the price is right, they won’t hesitate to move on if another site is offering a better deal.

However, this can get a little cumbersome for the typical shopper. Who really wants to compare deals on Facebook, Twitter, LinkedIn, MySpace, and the next hot spot for social marketing while they’re standing in an aisle? Startups that can combine this information with a platform-independent mobile app can write their own ticket in the online world. Just think how many other ways this approach could be used.

Are those juices flowing yet? With this information, it’s definitely time for a brainstorming session… how could you change the online world?