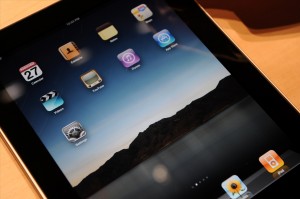 The founder of Acer, Stan Shih, recently described Tablet PCs as a passing ‘fad’. Taking a swipe at Intel’s new Ultrabook concept he proclaimed that the industry needed to be more innovative instead of latching onto current trends, pot kettle black springs to mind.

Mr Shih’s views are contradictory with those of market analyst Ben Riitzes, of Barclays Capital, who last week declared that he expected Tablet PCs to continue to cannibalize the laptop market. That sentiment has previously been echoed by Apple CEO Steve Jobs who released the memo “We’re living in a post-PC world”.

While nobody can predict what may happen in the future, Stan Shih is positively correct when stating the netbook industry needs to dream big and be the leaders in regards to innovation rather than playing catch-up with the likes of Apple. Netbooks will suffer the same fate as calculator watches, cassette players and dodos unless innovation is swiftly embraced.

Quite astonishingly Apple is on target to sell up to 40 million iPads during 2011, while these figures are attention grabbing headlines; the PC is still indisputably the king of the digital world. It is a permanent fitting in most homes and businesses and more than 1 million PCs are sold every day world-wide. Mr Shih also kindly points out “PCs are the base of the IT industry and tablet PCs are also developed from the base,” suggesting that future products will still need to go through a PC platform.

The dethroning of the PC may have been a little prematurely declared by Steve Jobs but his prediction may be inevitable. Worldwide sales have been very sluggish in recent years with US and European being the hardest hit – unless new innovations are swiftly sought Tablet PCs will continue to grow while netbooks and PCs look like products from a bygone era.

By David Samuel is an electronic media consultant, with over 13 years’ involvement with some of the world’s leading electronic retailers. David’s market intelligence makes him one of the best equipped experts around. While specializing in tablet PCs David’s knowledge covers a wider spectrum of consumer electronics.

2 thoughts on “Are Tablet PCs Just a Fad?”