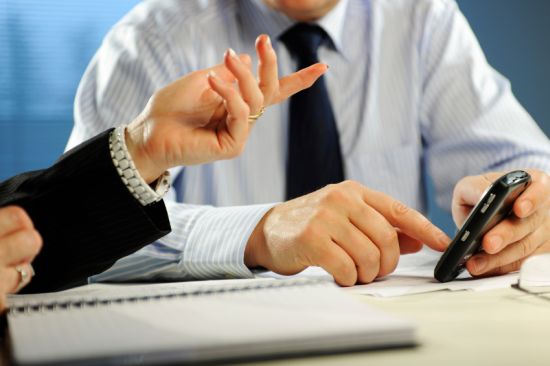 The cyclonic growth of the smartphone, and since then the tablet, has opened us up to a plethora of apps which, like the technologies themselves, have become smarter and more effective in a very short space of time.

Today, apps can help us with just about anything, including your business – and that’s something that it’s all too easy to forget. With that in mind, here’s a little list of apps that can help you on your way to business success.

Bump is a fantastic little app that modernizes the idea of the business card. Users of the app can quite literally ‘bump’ their phones together to trade key chunks of information such as photos, files and numbers. It’s been downloaded over 27 million times so it’s definitely worth a go – you never know who you’ll meet that uses it. That said, there’s something quite appealing and archaic about the classic business card, and Bump hasn’t quite fazed them out yet.

LocalVox is a great app which makes it much easier for bricks-and-mortar stores to publicize themselves online. Simply input events, news, deals or whatever else you want to circulate, then hit the ‘go’ button and watch LocalVox fire it out to social media, websites, email and more.

It’s quite a lazy approach which ticks off the basics, but a comprehensive marketing strategy will cover a lot more angles.

Keeping track of your business expenses can be a nightmare – especially for smaller firms which don’t have a rigid structure put in place. Expensify aims to deal with this problem by allowing the user to input expenses/mileage for real-time figures. What’s really clever though is the ability to scan receipts to automatically generate expense reports, and you can even submit these to your boss straight from your phone.

InDinero is another finance app with a slightly different purpose. It allows you to sync with credit cards and bank accounts to help you keep up to date with cash-flow, and it also keeps track of your past expenses to project future cash flow forecasts.

I’ve given you the option of Evernote or Colornote because it really doesn’t matter which you use – they both do exactly the same thing. Quite simply, they’re virtual notepads which allow you to jot your ideas down as they come into your mind, and they can store photos and voice clips as well as plain text.

A ridiculously simple app which really should be on every smartphone, regardless of profession.