For the most part, search experts use their powers for predictable reasons: helping their own or their clients’ site become more visible on search engines for targeted keywords. Over the past few years SEO has become necessary to keep up with the competition online and today is a multi-billion industry. But an Atlanta-based SEO volunteer group has been using their powers for other reasons altogether — reasons that are both more personal and more political.

In Atlanta, a group of SEO volunteers have been using search engine optimization tactics to wage a “Google war” against Georgia’s Republican candidate for governor, Nathan Deal. The effects of the campaign have been hard to ignore: Every time a user types “Nathan Deal” into Google, the search engine instantly suggests “Nathan Deal ethics”.  Try it yourself!

Over the past two months, the group of approximately 20 SEO volunteers have been creating a great deal of content — and landing sites like http://www.NathanDealEthics.com — optimized for the search phrase “Nathan Deal ethics.” Their purpose has been to connect Congressman Nathan Deal with the keyword “ethics”.  Reporting on the SEO phenomenon, the Atlanta Journal-Constitution stated: “It may be the first campaign of its kind, one that opens an entire new field of worry for political candidates.”

Their goal is simple: influence searchers to learn more about Deal’s alleged ethics violations from when he was a Georgia Congressman, which they hope will cause voters to rethink their support for the Republican candidate for Georgia Governor. “Ethics” is now the top suggestion for “Nathan Deal,” with this small but dedicated group of SEO volunteers not only stretching the limits of political campaigning but, by targeting suggestions instead of search results, also of SEO.

As they say, anything goes in politics. But SEO is different, and this campaign is already being called out as “Black Hat SEO” – a charge that the group has been quick to defend against. In an interview with the Atlanta-Journal Constitution, the group’s leader stressed that he was working as a private citizen to call attention to legitimate reports of Deal’s corruption, and has not created any spammy content. The entire strategy behind the campaign, as well as their reasons for doing it, are laid out on their Nathan Deal website. Their SEO tactics seem to be legit enough for Google. But what do they mean for the future of online reputation management?

With most brands shifting their social efforts online to networks like Facebook and Twitter, online reputation management (ORM) has become an important, if still new aspect of online marketing. ORM combines both SEM and SMM: building a brand’s social user base and monitoring its search results to maintain its overall online image. 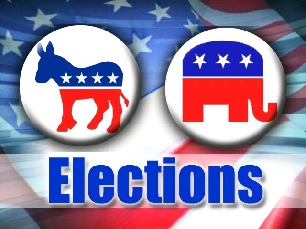 Meanwhile, with the advent of Google Instant, some experts believe that purely organic search results are becoming less important and are being crowded out by other factors like search suggestions. The SEO group’s adversarial tactics are focusing on this influential new factor — dynamic results for search suggestions — to harm Deal’s online brand. In their defense, the volunteers make the case that Deal is not a competitor but rather a political figure running for the highest public office in the state. Will the search engines be equally forgiving if competing brands begin to target each other in a similar fashion?

Deal’s campaign is responding to the SEO campaign against them. Brian Robinson, spokesman for the Nathan Deal for Governor campaign, stated that the Nathan Deal campaign ”was adopting counter-measures —saturating the Internet with positive articles about the Republican nominee for governor.”  He continued: “As the frontrunner, we have to expect liberals to attack us. And they have to expect to be attacked in return.”

But the fact is that these volunteers are simply private citizens using knowledge of SEO to affect “organic” (or rather suggestive) change. Nathan Deal, on the other hand, is campaigning to be elected the next governor of Georgia.  Should the same standards apply? Or is this, as the Atlanta Journal-Constitution puts it, a new form of low-cost activism that can change the future of political campaigning online?

About the Author:
A former web designer, Rebecca Amor now works for Atlanta Tree Services. She has been actively following the heated campaign for Georgia Governor.

2 thoughts on “In Heated Race For Georgia Governor, Is Blackhat SEO Pushing The Limits?”