Kate, author of Arguing with a Doughnut, presents an epic fight to the death between the two social networking giants. 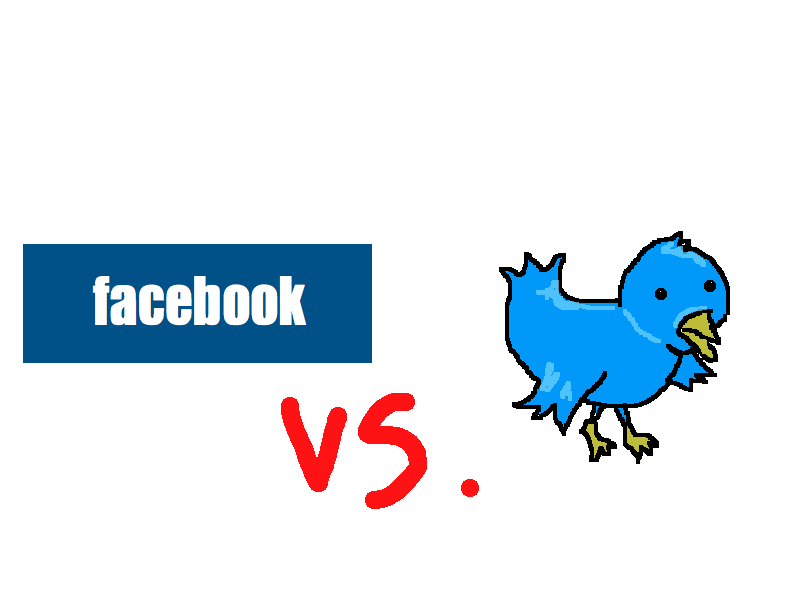 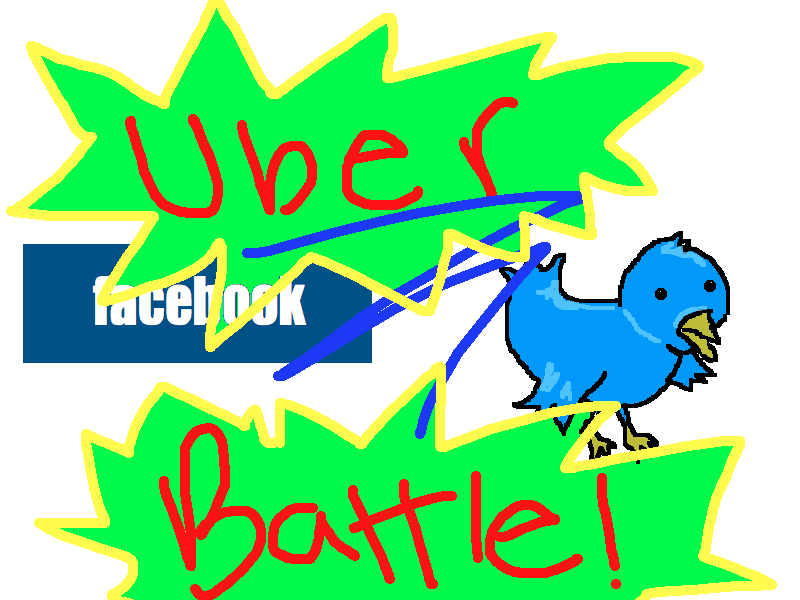 Right off the bat I’m going to have to do something pretty controversial. Something that’ll get a lot of lips twitching in raw anger. Something that will FOREVER CHANGE THE WAY YOU — whatever: I’m taking five bajibizzillion points from both of these businesses, which means I’m abandoning scores completely because everyone’s already a loser.

Why am I doing this? Well, my friend! I am sending the Facebook and the Twitter plunging into a negative swirling abyss because they’re both just clever, tricksy ways to help advertisers find you. 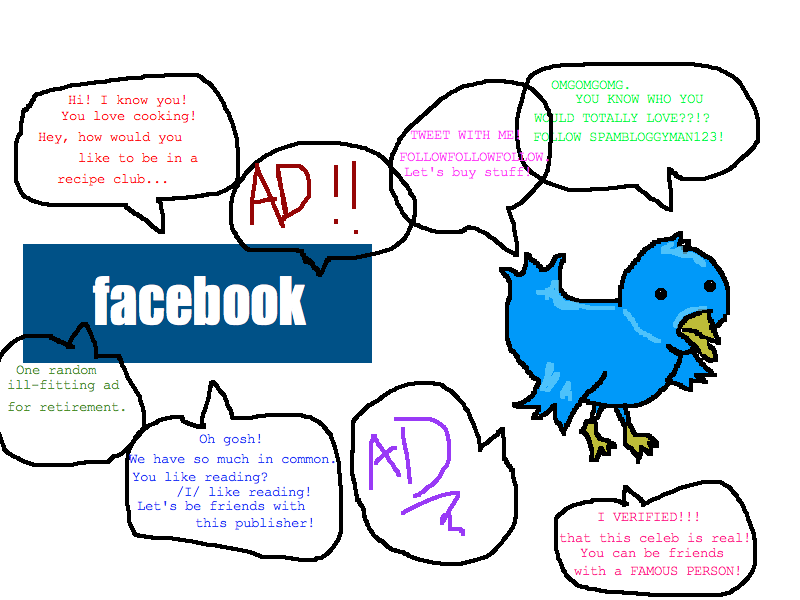 In round two, we’re looking at something very minimal that bugs the crap out of me. On Twitter? There’s no “like” button. There’s really not much way to interact with your “followers” at all, which kind of means that you aren’t really following them just as they aren’t following you. There’s no feedback! 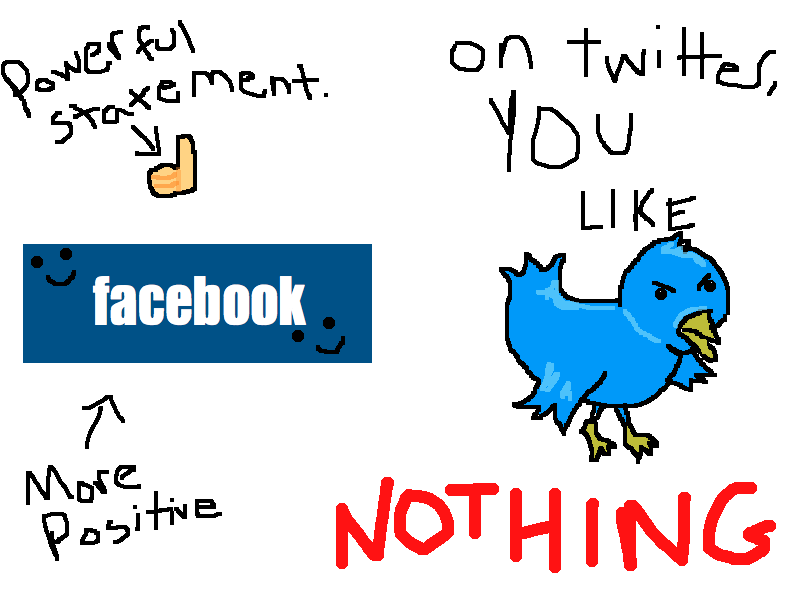 The third round sees us discussing the past tense of the verb of each platform.

And then you have ….twittered? tweeted? twa..t… no.

Don’t make your product have a bazillion different ‘action words’. 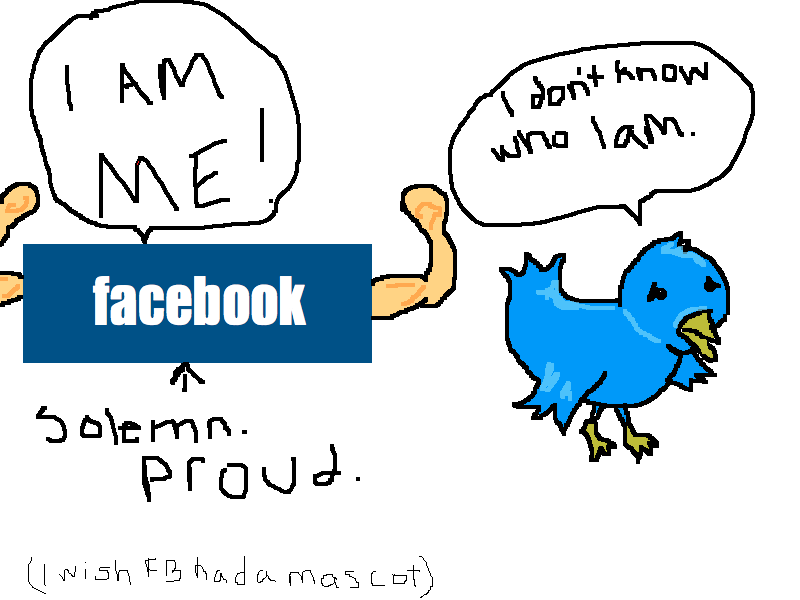 Now we come to the final round. The ultra round. The round in which we examine…

WHO USES THESE GOOFY ASS THINGS. 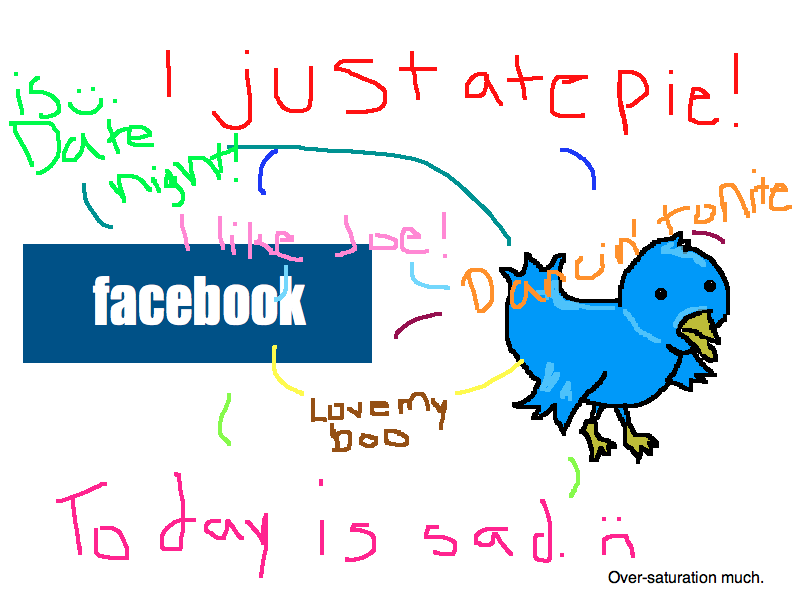 Kate is the author of Arguing with a Doughnut, a blog that prides itself on being really silly. Please do swing by and check it out for all-original content!